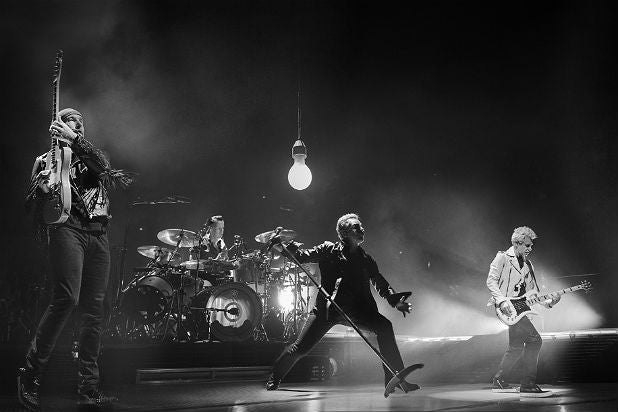 Eagles of Death Metal made their first appearance in Paris following the deadly terrorist attack that killed nearly 100 people at their concert last month.

The band joined U2 onstage at the Accorhotels Arena for an encore of their HBO concert special Monday.

The two musical acts joined forces to perform a song called “People Have the Power,” and then U2 gave Eagles of Death Metal the stage to perform their own song, “I Love You All the Time.”

The concert was filmed for HBO’s “U2: iNNOCENCE + eXPERIENCE LIVE IN PARIS” special, which was postponed after the attack on November 14. The band was in Paris rehearsing for the concert special when terrorist attacks were carried out across the city, prompting the premium cable network to postpone the special.

During the coordinated attacks in November, the majority of fatalities occurred at the Eagles of Death Metal concert at the Bataclan concert venue. In all, 130 people were killed, 89 at the Bataclan.

Also Read: U2 Tried to Fly Eagles of Death Metal Out of Paris Following Attack

The band arrived in Paris Monday, prompting speculation they would join U2 at their concert, though the appearance was kept a surprise until the two bands appeared together for the finale.