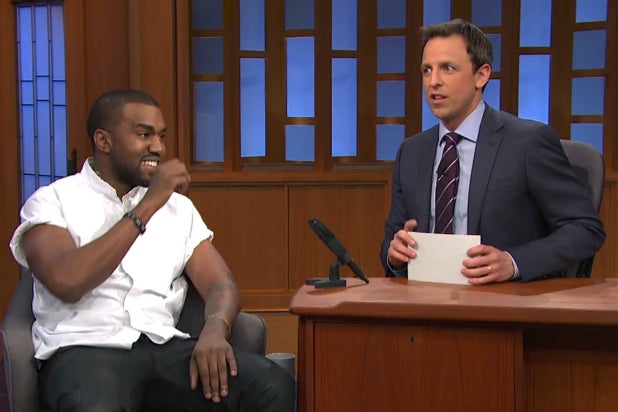 The 12:35 a.m. talk show earned a 1.1 rating in the advertiser-sought adults 18-49 demographic last night and pulled in 2.7 million viewers — the second-largest audience for the franchise in seven years.

The eyeballs focused on “Late Night” topped the combined audiences in the time slot of ABC’s “Nightline” (a rounded 1.3 million for the first half-hour of the time period, before local programming takes over) and CBS’ “Late Late Show with Craig Ferguson” (1.4 million rounded up).

Wednesday’s edition is scheduled to include Kelly Ripa and Brad Paisley, who will double as musical guest.

Wednesday’s telecast is scheduled to include Drew Barrymore and Adam Sandler — appearing together — and musical guest Dierks Bentley.