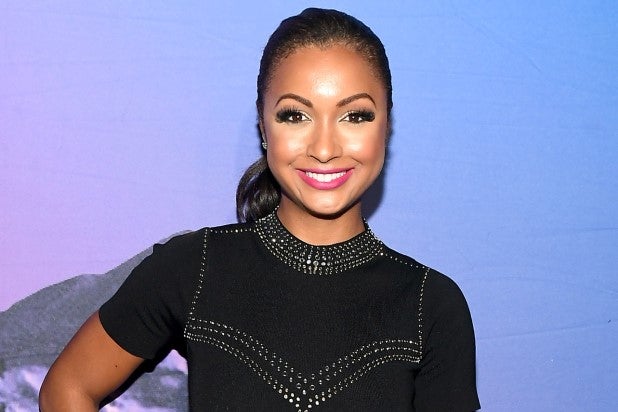 “Real Housewives” executive producer Andy Cohen confirmed that Williams will be joining the cast for Season 13, which recently began production.

“Welcome to #RNONY,” Cohen tweeted, tagging Williams. “I’m SO excited,” she replied enthusiastically, adding an apple emoji — a nod to the Big Apple and the prop each New York housewife holds in the intro.

“NYC is filled with successful and dynamic Black women. I’m excited to join this legendary franchise as the first Black housewife,” Williams added in a statement. “Can’t wait to share a slice of life in this city that hasn’t been seen before.”

Williams, 37, will be the youngest cast member. Leah McSweeney, who joined the cast in Season 12, is 38. Also reportedly returning are original ‘wives Ramona Singer and LuAnn de Lesseps, and Sonja Morgan. Tinsley Mortimer departed the show midway through Season 12, and Dorinda Medley announced she would not be returning.

Williams is a former co-host of the Fox News show “Fox News Specialists,” which ran from May to September 2017. She is a North Carolina native who went to UNC and later got her law degree from Loyola University New Orleans College of Law.

The long-running reality TV franchise has been criticized for its lack of diversity. Last year, actress Garcelle Beauvais became the first Black cast member on “The Real Housewives of Beverly Hills,” joining in Season 10.

“The Real Housewives of New York City” is the second-longest show in the franchise (behind “Orange County”) and has only included one woman of color previously, Season 8’s Jules Wainstein (who is half-Asian).

“The Real Housewives of Orange County,” which debuts its 15th season next week, is the oldest show in the franchise. “Orange County” has never featured a Black cast member.