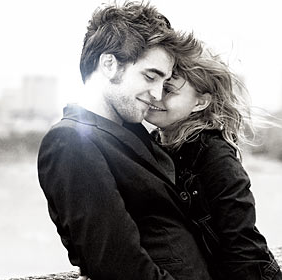 A trailer for "The Twilight Saga: Eclipse:" will premiere before star Robert Pattinson’s upcoming romantic drama "Remember Me," Summit Entertainment announced on Thursday.

This being the new media age, the studio took to Twitter to let fans in on the news, in lieu of a formal announcement.

In a bit of corporate synergy, Summit is producing both the vampire romance and "Remember Me."

But it sounds like the most ardent fans won’t have to wait until the film’s March 12 debut to get their first glimpse of what lies in store for the Bella, Edward and Jacob love triangle.

The studio also cryptically tweeted that it would have more details later about where fans could see the trailer prior to "Remember Me’s" opening.