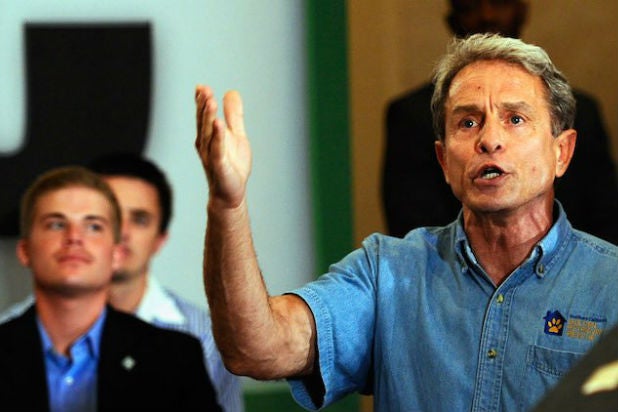 The new charges, according to law enforcement sources who spoke with the Times, will be on the federal level and in connection to the death of Gemmel Moore, a man who died at Buck’s home in 2017 due to an apparent meth overdose.

Buck was arrested on Tuesday and currently faces state-level charges of operating a drug den out of his West Hollywood home, administering methamphetamine, and battery causing serious injury. The charges stem from an incident where an unidentified 37-year-old man was given “large doses of methamphetamine” at Buck’s house and showed symptoms of an overdose, according to recent court documents. The man survived, the documents state, after fleeing Buck’s home and calling 9-1-1.

Homicide investigators had previously called on prosecutors last year to consider a case against Buck based on charges of murder, voluntary manslaughter, and furnishing and possessing drugs in connection to Moore’s death, but the L.A. County district attorney declined to file a case due to insufficient evidence, according to the L.A. Times. Another man, Timothy Dean, had also been found dead at Buck’s home in early 2017.

For several decades, Buck has been a prominent California-based Democratic donor, giving a total of $116,000 to Democratic candidates and organizations over the past decade, the New York Times reported. He also formerly served on the Stonewall Democratic Club’s steering committee but was asked to resign following Dean’s death.

Seymour Amster, Buck’s lawyer, did not immediately respond to a request for comment.