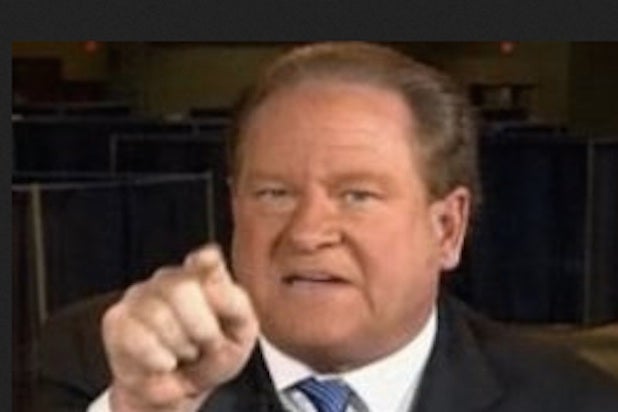 MSNBC’s Ed Schultz cursed out a caller on his syndicated radio show, calling the man a “fricking a–hole” and telling him to “get the f— out of here.” Ouch!

The foul-mouthed rant happened last week on the “Ed Schultz Radio Show.” But it didn’t make it onto anyone’s radar until conservative talk show host Laura Ingraham played the clip on her show Monday.

The call in question got off to a rocky start when the man shouted at Schultz,”This is fascism!” and “Stop capitulating to the people who created the problem and you continue to make them wealthy.” Schultz, who is known for his liberal leanings, didn’t take kindly to the man’s rant and fired back, “I’m going to feel very, very bad if you have a stroke on this radio show. Settle down!”

The conversation quickly went downhill from there.

Schultz snapped, “First of all, you jump three steps ahead. Is that what you want to reduce this conversation to? Well, you’re a fricking a–hole. How about that? Get the f— out of here! How about that? I’m sure they hit the seven-second delay on that one.” Unfortunately, the folks at the switch were a little slow to respond.

Listen to the clip below (warning, NSFW):