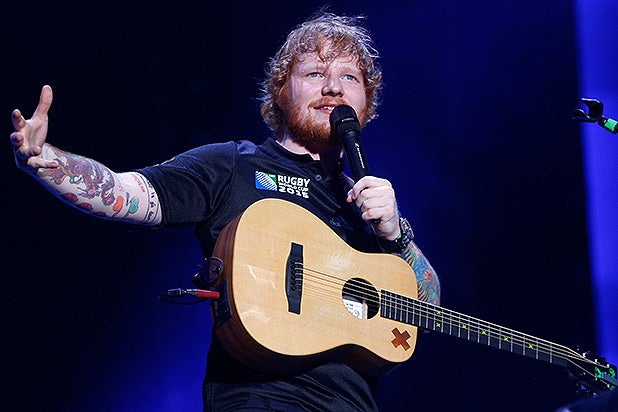 UPDATED, Monday 2:14 p.m.: Harrington and Leonard have settled their lawsuit against Sheeran, according to court papers filed April 7 and obtained by TheWrap. The terms of the settlement were not disclosed.

Picture this, Ed Sheeran: You’re being sued over your song “Photograph.”

Sheeran has been slapped with a $20 million lawsuit filed by a pair of songwriters who claim that the 2014 tune infringes on their 2009 ditty “Amazing,” which served as the basis for the song of the same name by Matt Cardle, the 2010 winner of “The X Factor.”

In the suit, filed Wednesday in federal court in California, Martin Harrington and Thomas Leonard claim that the infringement took place “on a breathtaking scale,” including “verbatim, note-for-note copying.” According to the suit, the alleged infringement makes up “nearly one half of ‘Photograph.'”

Instead of receiving proper credit, the lawsuit says, “Harrington and Leonard had to sit by and watch Defendants receive awards, acclaim and compensation without any of the proper recognition being received.”

A spokesman for Sheeran has not yet responded to TheWrap’s request for comment.

Harrington and Leonard’s lawyers in the suit include Richard Busch, who represented the family of Marvin Gaye in the now-infamous “Blurred Lines” trial, which led to a jaw-dropping verdict in excess of $7 million, though it was later reduced.

The new copyright infringement lawsuit claims that damages “are believed to exceed $20 million.”