“Fresh Off the Boat” producer and writer Eddie Huang is developing a new one-hour drama series called “Panda” at Showtime. Huang will write and executive produce the ’90s-set series, about the titular gifted delinquent who sells ecstasy in his hometown of Orlando.

The logline is as follows: “Panda, a gifted delinquent, starts selling ecstasy in Orlando, Florida during the pressed pill boom of the late-90s, motivated by his mother’s challenge to ‘be the best of the stupid people.’ With the help of Jade, a cunning private school girl from the other side of town, they’re able to connect the hoods and take over the burgeoning drug trade in the Florida Breaks Rave Scene.” 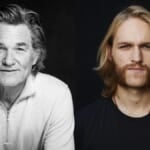 “Panda” is produced by Showtime and Strong Baby Productions, with the latter’s Matt Dines and Jonah Hill executive producing.

Huang is a multi-hyphenate; in addition to being a writer and producer, he is a filmmaker, actor, chef, restauranteur and TV personality. He most recently made his directorial debut with Focus Features’ “Boogie,” which he also wrote and co-starred in opposite the late rapper Pop Smoke and Taylour Paige. His auto-biographical book, “Fresh Off the Boat: A Memoir” was notably adapted into a critically acclaimed ABC sitcom of the same name that he also produced, running for six seasons. Huang also hosted cooking shows like “Cheap Bites & Unique Eats” and “Huang’s World.” 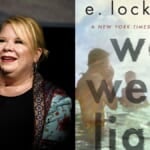