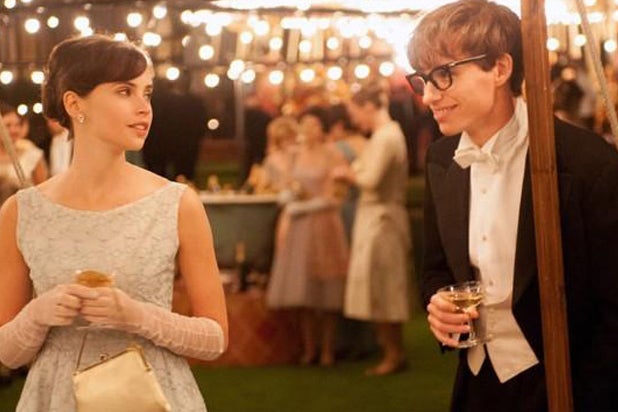 Eddie Redmayne and Felicity Jones, who starred together in the Oscar-winning Stephen Hawking biopic “The Theory of Everything,” are in talks to reunite in the Amazon Studios period piece, “The Aeronauts,” reps for the actors told TheWrap.

The film will be directed by Tom Harper, who has worked on BBC series like “War and Peace” and “Peaky Blinders.” The film follows two 19th century hot air balloon pilots who perform risky experiments in their open-air craft. Jones will play balloon pilot Amelia Wren and Redmayne will play scientist James Glaisher, as the two struggle to survive as they reach parts of the Earth’s atmosphere that no human being has ever been before. Filming is set to begin in London next year.

Jack Thorne, writer of “Harry Potter and the Cursed Child,” is attached to pen the script, and the project is being produced by Todd Lieberman and David Hoberman. All three men are coming off of the Lionsgate family film “Wonder,” which has been a sleeper hit at the box office.

Redmayne won the Academy Award for Best Actor for his work on “The Theory of Everything” as Stephen Hawking, while Jones earned a Best Actress nomination for her performance as the physicist’s wife, Jane Hawking. Since then, both actors have been very busy, with Redmayne most notably starring in the “Harry Potter” spinoff “Fantastic Beasts and Where To Find Them,” while Jones played the lead in the “Star Wars” anthology film “Rogue One.” Redmayne is currently working on the next installment in the “Fantastic Beasts” series, while Jones will play Supreme Court Justice Ruth Bader Ginsburg in the biopic “On the Basis of Sex.”

Redmayne is repped by CAA, United Agents and Untitled Entertainment. Jones is repped by Independent Talent Group and WME.