Eddie Van Halen, the legendary rock guitarist and founder of Van Halen, has died. He was 65.

His son Wolfgang Van Halen, who is the bassist for Eddie’s touring band, revealed that his father died Tuesday morning following a long battle with cancer.

“My heart is broken and I don’t think I’ll ever fully recover from this loss,” Wolf Van Halen wrote.

The shredding rock god helped make his namesake band Van Halen one of the most popular American hard rock bands ever. The band’s self-titled debut in 1978, that featured hits like “Runnin’ With the Devil,” “You Really Got Me” and the explosive, one-minute and 42-second guitar solo “Eruption,” showcased Eddie Van Halen’s flair and showmanship and helped influence a generation of other rock stars. Together with vocalist David Lee Roth and followed by Sammy Hagar beginning in 1985, Van Halen’s first album would sell over 10 million copies and reached No. 19 on the Billboard charts. 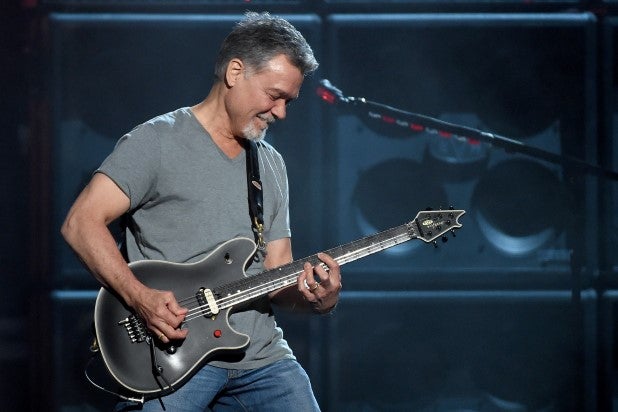 The band’s other blockbuster album, “1984,” produced four hit singles, including “Jump” and “Panama,” the former becoming the band’s only number one hit. They remain one of the best-selling artists of all time with more than 80 million records sold worldwide and they were inducted into the Rock and Roll Hall of Fame in 2007.

Eddie Van Halen’s sound on the guitar pioneered a wave of other hard rock and heavy metal guitarists through the ’80s known for dazzling with lightning-quick finger tapping, pull-offs and impeccable technique. And the band’s riffs and upbeat jams crossed over into pop music and set the stage for what ’80s hair rock and more would look and sound like for years.

Van Halen’s last tour with the original members was in 2015, a 39-date tour across North America with Roth singing vocals. While it was thought that the band was likely done after that, Sammy Hagar once told Rolling Stone that “until Ed or Alex [Van Halen, Eddie’s brother on drums] die, they’re not finished.”

Eddie Van Halen had been battling throat cancer for over a decade.