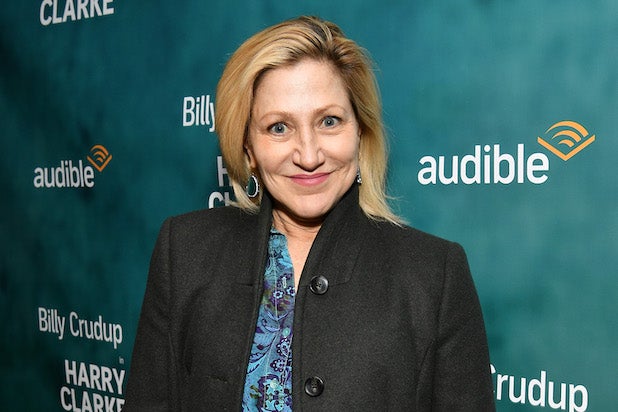 “The Sopranos” star Edie Falco has joined the cast of James Cameron’s “Avatar” sequels, it was announced on Wednesday.

She will play the character General Ardmore, a human in charge of the RDA (Resources Development Administration) in the franchise.

“Edie Falco is one of the greats – I can’t wait to watch her kick some ass on the big screen,” Cameron said in a tweet Wednesday along with the announcement of the news.

The first of the planned sequels, four more films in all, will arrive in theaters Dec. 18, 2020.

Falco joins other new additions to the cast for the sequels all being filmed at once, including Kate Winslet, Oona Chaplin, David Thewlis and Giovanni Ribisi. They join the returning cast of Sam Worthington, Sigourney Weaver, Zoe Saldana and Stephen Lang in the journey back to Pandora, the alien planet of the blue creatures the Na’Vi.

Cameron actually compared his latest fantasy saga to “The Godfather” of all things back in April 2018.

“Obviously very different genre, very different genre, but I got intrigued by that idea. So, that’s really what it is. It’s a generational family saga. And that’s very different from the first film,” he said during a press event at his production studio. “It’s a continuation of the same characters, but what happen when warriors that are willing to go on suicide charges, and leap off cliffs on to the back of big orange toruks, what happens when they grow up and have their own kids? It becomes a very different story.

Also Read: Will the 'Avatar' Sequels Actually Have These Wacky Titles?

Falco was recently nominated for an Emmy for her performance as Leslie Abramson in the NBC limited series “The Menendez Murders.” She also starred in “Outside In” and “The Land of Steady Habits.” Falco is represented by ICM Partners and Management 360.

Edie Falco is one of the greats – I can't wait to watch her kick some ass on the big screen. https://t.co/f9i8PmKcE5