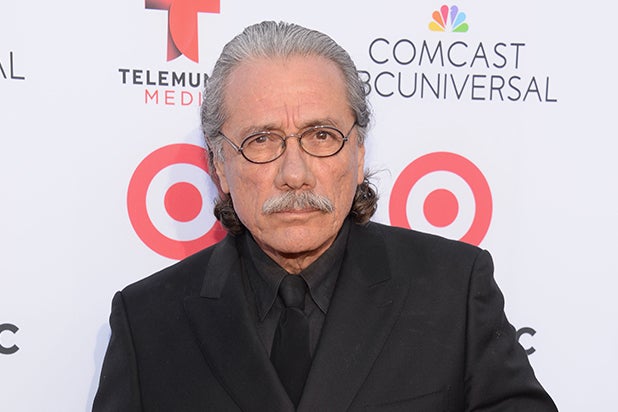 Marvel just added another big name to its universe.

Edward James Olmos has joined the cast of ABC’s “Marvel’s Agents of SHIELD,” according to Marvel. His character, Robert Gonzales, is being kept under wraps, but his debut is said to bring “massive repercussions” for Director Coulson (Clark Gregg) and his team.

Olmos was nominated for an Oscar in 1988 for “Stand and Deliver,” but has found even more success over multiple decades on television. He played Lt. Martin Castillo on over 100 episodes of Michael Mann‘s stylish NBC cop series “Miami Vice,” nabbing an Emmy for his efforts in 1984. More recently he played Admiral William Adama on Syfy’s “Battlestar Galactica” reboot, which ran for four seasons.

Lawless, who co-starred with Olmos on “Battlestar Galactica,” was killed off in the Season 2 debut.