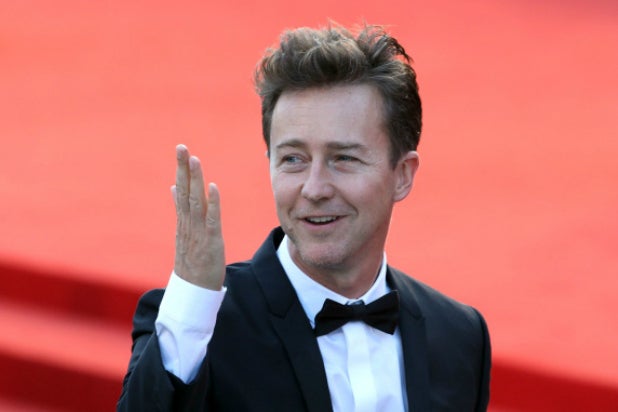 Edward Norton documentary “My Own Man” is set to premiere March 6 on Netflix. The film was written, produced and directed by David Sampliner.

Also Read: Roger Ebert Remembered in ‘Life Itself': 15 Excerpts From His Most Legendary Reviews

The doc, which debuted at the Tribeca Film Festival in April, follows Sampliner, who learns he’s about to become a father to a baby boy, and fears he must “man up” and finally embrace the latent masculinity he’s rejected all his life, according to a press release.

But as Sampliner immerses himself in a strange new world of masculine ideals, including vocal lessons, warrior weekends and hunting, he realizes all roads lead back to his own fraught relationship with his father.

“My Own Man” is a Sixteen Tons Production in association with Class 5 Films. In addition to Sampliner and Norton, William Migliore, Lisa Nishimura and Adam Del Deo serve as executive producers. Rachel Libert is co-producer.

Also Read: ‘A Most Violent Year’ Named Top Film by National Board of Review

“We’re proud to be working with Edward Norton and David Sampliner on this film,” said Lisa Nishimura, Netflix vice president of Original Documentary and Comedy. “Intensely personal and yet universally relatable, ‘My Own Man’ is both an exploration of the new masculinity and an examination of age-old differences between fathers and sons.”

“‘My Own Man’ is as deeply personal as filmmaking can get. You rarely see an artist document their own personal experience with such candor and simultaneously offer such deep insights into the very universal struggle to communicate within a family,” added Norton. “It’s a film that lies within the emotional spectrum of great drama.”

“When I started making this film, I wanted to document an experience I shared with a lot of my peers: becoming a husband and father in a time when the roles for men were changing so dramatically,” said Sampliner. “But in the course of shooting over seven years, I realized that discovering how to be a 21st century dad meant coming to terms with my own father. I’m hoping that by watching a portrait of my family, audiences will find new ways of understanding their own.”