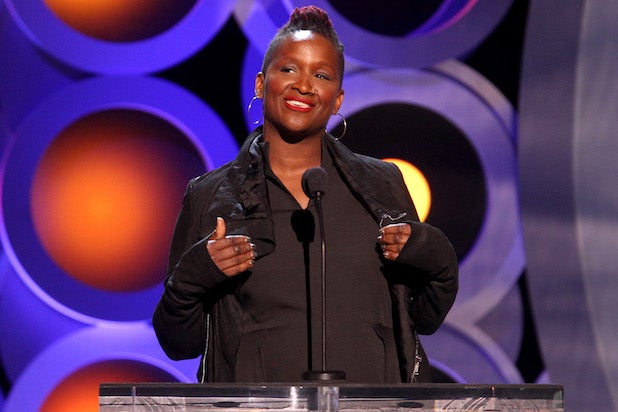 AGC Studios will finance and co-produce the film along with Brown and Leah Natasha Thomas, the company announced today.

The project is casting and will go into production early next year.

Per the film’s logline, the story involves college-bound Summer, Jordan and Aurora, who are in for the night of their lives when they attend a party in Brooklyn where things get dicey. With no phones, no money and the train system on the fritz, these Harlem natives have to battle, conspire and cajole their way back home after being implicated in a murder and every neighborhood goon looking to cash in on the bounty on their heads.

“So many people talk a good game about inclusion and hiring women but rarely do they really follow through,” Brown said in a statement. “Stuart Ford and AGC did just that. In fact he doubled down – not only are they giving a talented first time queer Black female director her break by financing her film but AGC are also committed to leveling the Hollywood playing filed by supporting an all Black female producing team. This is how you make meaningful change in the industry. We can’t wait to get started.”

AGC recently announced two other female-fronted projects featuring black women, including “The Perfect Find,” a rom-com starring Gabrielle Union, and a project featuring Kiersey Clemons based on the life of Lauren Simmons, the youngest woman to serve as a New York Stock Exchange trader.  The new independent content studio plans to shortly announce a slew of further film and television productions that will go in front of the camera in 2019.

The deal was brokered by ICM and AGC’s Palmer and negotiated by AGC’s VP of Legal & Business Affairs Anant Tamirisa on behalf of AGC, by Darrell Miller of Fox Rothschild LLP on behalf of Effie Brown, and by First Friday Entertainment and Greenberg Glusker Fields Claman & Machtinger LLP.

15 Shows You Should Watch to Stay Woke: From 'Dear White People' to 'Sense8' (Photos)

Even revolutionaries need something to watch on TV

Being “woke” doesn’t just happen overnight. It’s a process of resisting social conditioning, to challenge problematic norms and injustices that are perpetuated in media to which we are constantly exposed. Here are TV shows to watch that rise above the ignorance, equally entertaining and provoking your thoughts on critical issues long after the credits stop rolling.