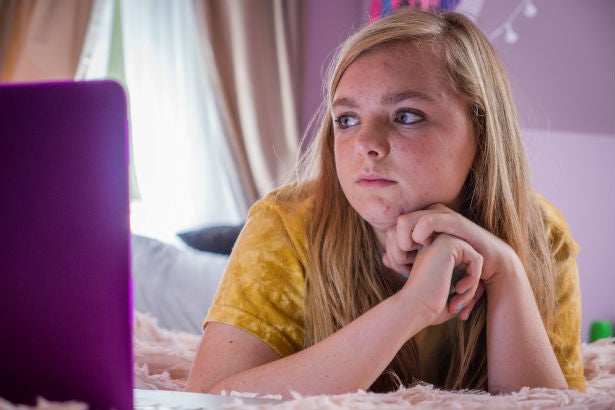 So far this summer, the indie box office has been defined by documentaries. But now scripted films are finally making their mark as A24’s “Eighth Grade” sets a new record for the best per screen average of 2018, while Annapurna’s “Sorry to Bother You” begins its wide run.

Selling out screenings at its four locations in Los Angeles and New York, “Eighth Grade” has gotten off to a huge start with $252,284, earning a per screen average (PSA) of just over $63,000. That beats out Fox Searchlight’s “Isle of Dogs” for the top PSA of the year, as the Wes Anderson stop-motion film earned a $60,000 average back in March.

Directed by YouTuber Bo Burnham in his feature film debut, “Eighth Grade” follows an awkward 13-year-old named Kayla (Elsie Fisher) as she navigates the final days of what has been a very difficult time in eighth grade. Debuting at Sundance this year, the film has earned critical acclaim for its unflinching look at the difficulties of entering adolescence in the age of social media and vlogging. It currently has a 99 percent score on Rotten Tomatoes.

“Sorry to Bother You,” meanwhile, expanded to 805 screens after earning $1 million in limited release. This weekend, the film beat tracker expectations and earned $4.3 million, pushing its total to $5.3 million. Like “Eighth Grade,” the darkly humorous satire is a directorial debut — this one comes from hip-hop artist and music video director Boots Riley — and has earned strong word of mouth to finish seventh among all films. The movie will expand to over 1,000 screens next weekend.

Also Read: Can the 2018 Box Office Keep Up Its Record-Breaking Momentum?

Also earning a strong debut this weekend is Gus Van Sant’s latest film, “Don’t Worry, He Won’t Get Far on Foot.” Released by Amazon Studios, the biopic stars Joaquin Phoenix as alcoholic cartoonist John Callahan, who became a paraplegic after a car accident and who struggles through treatment for his addiction. Also starring Jonah Hill, Rooney Mara and Jack Black, the film earned $83,120 for a per screen average of $20,780.  It has an 80 percent Rotten Tomatoes score.

While dramas had their moment this weekend, documentaries continued to bring in strong numbers. Roadside Attractions/Miramax’s “Whitney” earned $535,385 to bring its 10-day total to $2.3 million. Neon’s “Three Identical Strangers” added $1.1 million in its third weekend for a total of $2.5 million, while Focus’ “Won’t You Be My Neighbor?” crossed the $15 million mark in its sixth weekend as it added $1.8 million.

Finally, Bleecker Street’s “Leave No Trace” expanded to 311 theaters in its third weekend and made $1.1 million for a $2.1 million total, while Gunpowder & Sky’s “Hearts Beat Loud” crossed the $2 million mark in its sixth weekend, adding $131,000.