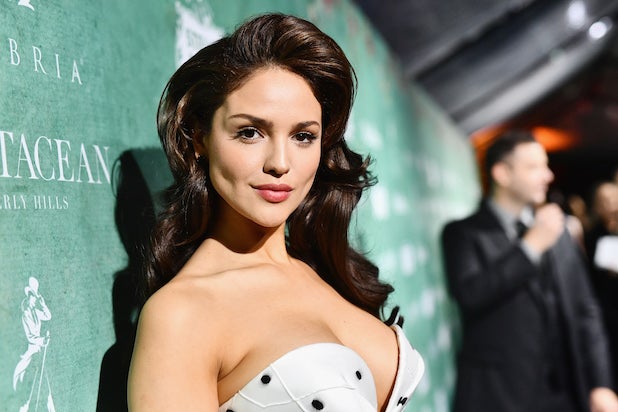 Eiza Gonzalez has joined Dwayne Johnson and Jason Statham in the “Fast & Furious” spinoff film, “Hobbs and Shaw,” an individual with knowledge of the project told TheWrap.

David Leitch is directing the film that will hit theaters on Aug. 2, 2019. Johnson and Statham are reprising their roles as former rivals turned unlikely allies, Luke Hobbs and Deckard Shaw.

Longtime “F&F” writer Chris Morgan returns as writer and producer on the project, marking his seventh go-around in the series.

Gonzalez most recently starred in “Baby Driver” opposite Ansel Elgort and in “Almost Thirty.” She will next be seen in ‘Welcome to Marwen,” “Alita: Battle Angel” and “Paradise Hills.”

Gonzalez is represented by CAA and Management 360.