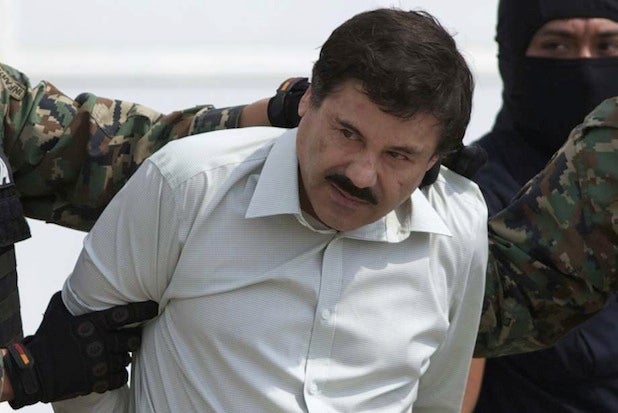 Joaquin “El Chapo” Guzman, who has single-handedly made a strong case against the efficacy of a border wall, will be extradited to the United States in early 2017, a Mexican official told TV station Televisa Friday.

Renato Sales, the country’s national security commissioner, told Televisa that Guzman could be moved “in January or February.”

In May, the Mexican government cleared Guzman’s extradition, where he will face charges of conspiracy to import and distribute cocaine and marijuana, money-laundering, arms possession and murder, from seven U.S. federal prosecutors. Mexico agreed to extradite the head of the Sinaloa Cartel after receiving assurances that Guzman will not be given the death penalty.

Also Read: El Chapo Cleared to Be Extradited to US

Pressure mounted on the Mexican government to extradite the drug lord after he twice escaped from prisons in Mexico. His second escape came on July 11, 2015, when he left his cell through a tunnel drilled from his shower to a house about a mile away. In 2001, Guzman escaped from a different prison with the help of compromised guards that wheeled him out in a laundry cart.

After his most recent jailbreak, Guzman was recaptured in a Jan. 8 raid. His participation in an October 2015 Rolling Stone interview with Sean Penn and Mexican actress Kate Del Castillo, where he bragged about the scope of his drug trafficking empire, helped lead authorities to Guzman, Mexican officials said.