Elayne Boosler crashed comedy’s boys’ club in 1986 when her first Showtime special, "Party of One," opened the door for women comics to headline their own cable shows and earn club fees equal to the guys. Boosler still works regularly, doing mainly corporate gigs, while running her non-profit animal rescue, Tails of Joy, and polishing a book about the New York and Los Angeles club scene when she was coming up.

She spoke with Eric Estrin about the strength she gained through one-time boyfriend Andy Kaufman, the push she got from superstar Bill Cosby, and the recognition she finally earned from gatekeeper Peter Chernin. 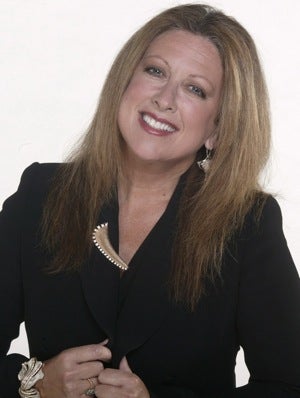 I started standup, by accident, in New York. I had no direction at all in life. I just knew that I needed to be able to get an apartment and live. I tried everything; answering phones, booking escort services, receptionist, hostess, waitress. I was fired from every restaurant in New York City. I kept forgetting the forks.

I was beaten down and intimidated. I ended up backing into comedy as a singing waitress in a New York club. Andy Kaufman was a regular there, and we fell in love. He heard me sing and said, "You’re the only person who makes me laugh in life; you’re so funny. Just go up and tell those stories. And you should never sing publicly again."

We lived in Greenwich Village for two and a half years. Then we came out to California and split up but remained very close friends. He’s the reason I’m still in it. For those 12 years, every time I was lost onstage, his voice would pop out from the back of the room in some city where you’d never expect he even knew I was. He’d save my show and then we’d go eat. It was like having an angel.

In the early ’80s I was playing the same clubs for the same money and selling them out over and over again. At that point cable TV was your only shot for survival and expansion. All the guys by then were already on their second cable specials, and there still hadn’t been any women.

By then I had a boyfriend, Steve Gerbson, who was a really good cameraman, DP, producer, director. He said, How much money do you have? I had exactly $30,000 — no credit cards, nothing else. He said, "Okay, we’ll do a special." I said, "These specials are like hundreds of thousands of dollars." He said, "Don’t worry, we’ll do a really good special, but you’ll have to learn to produce and direct and edit because we can’t afford extra people." Andy had just died at that time, and I was feeling fearless. I said, "Let’s go, let’s do it."

So we went back to New York, and Steve got all his movie-making friends to work for deferred pay. Then he said, "You’re gonna have to get some other stars on the show to do a little opening to help sell it," so I contacted Bill Cosby in Las Vegas. This was before faxes, email and bagged lettuce … but we had Fed Ex, so that’s what I used.

I knew Cosby a little bit from standup. This was his year — his new show was number one, cover of Time magazine. My friends thought I was insane, but he said yes.

And then Letterman and Dr. Ruth and all these great people agreed to be on it. My good friend Tom Waits gave me a song. I had the greatest opening. And I had an act that had been honed for 13 years. You know, that’s like a diamond cutter who takes 12 years to cut every facet on one bracelet. It’s as good as you can make it.

Then I had to learn to edit. I learned how to put a show together from the ground up, because we had no money. We put together the best show ever; I took it up to both HBO and Showtime in L.A., and they both said no.

I said, "I’m done." I wanted to go on the road for one more year to earn enough to pay everyone who had worked on the special, and that was gonna be it. So that was our plan.

I was on the road for 10 months. My special was collecting dust on my living room shelf next to a copy of "When Bad Things Happen to Good People." And then Steve heard that Showtime had a regime change. We always knew if younger hipper guys came in, they’d get me.

The new head of programming was Peter Chernin. We showed him what we had done, and he said, "Oh my God, have three specials, please!"

We paid everyone. Got the most amazing reviews about how great it was to finally see a woman do an hour. HBO then announced their "Women of the Night" comedy series, which of course they still had to name after hookers.

Because no one had wanted me, I ended up owning my shows and also not being exclusive to anyone. So I was the only comic to work for Showtime, Cinemax and HBO, and my shows still make money for me.

And I have only 20 years left washing Bill Cosby’s cars before my debt is paid.