The first digital short produced by Will Arnett and Jason Bateman’s DumbDumb studio and Ben Silverman’s Electus is out.

The collaboration, part of Silverman’s sponsor-driven studio within Barry Diller’s IAC, was unveiled on Thursday at a party coinciding with Internet Week New York.

The five-minute film was co-produced by Orbit gum and Energy BBDO, the Chicago-based agency, which provided “creative insight.” 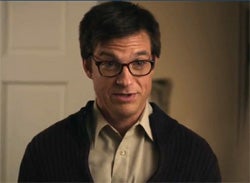 The rest of the series — highlighting “unusually dirty situations” and “how Orbit cleans [them] up” — will roll out this month online, the company said.

“Will and I were happy when given the opportunity to partner with Orbit gum and we’re enjoying the challenge of taking the brand to the next level with this type of integrated branded content,” Jason Bateman, sounding like an ad agency executive, said in a statement.

Silverman has a first-look deal with DumbDumb, should these shorts turn into something longer.