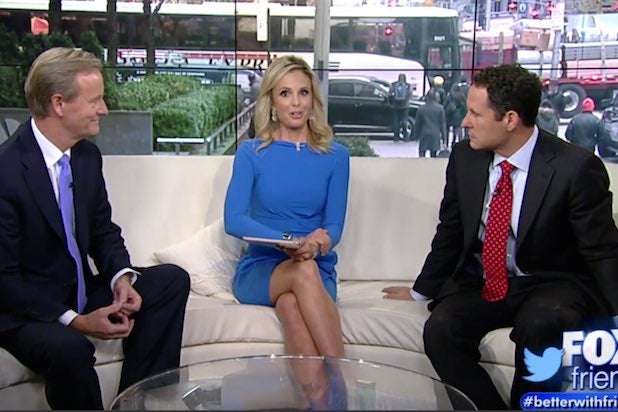 Fox News’ Elisabeth Hasselbeck thinks President Obama is to blame for Donald Trump’s calls for a temporary ban on Muslims entering the U.S.

On Tuesday, the “Fox & Friends” co-host said America’s void in leadership has forced Donald Trump to suggest such extreme measures.

“Why don’t we have a leader in place that would actually make us feel safe about terrorists so we didn’t have to go to the extremes and say, ‘Hey you, you believe this, well you’re not coming into our country.'”

“People saw the speech Sunday and they said, ‘Wait a second, who’s got our back?'” he said.

Trump appeared on MSNBC, CNN and ABC Tuesday morning to double down on his calls for a ban on Muslims, warning that there will be “many more World Trade Centers” if we don’t solve the problem of radical Islamist terrorism.