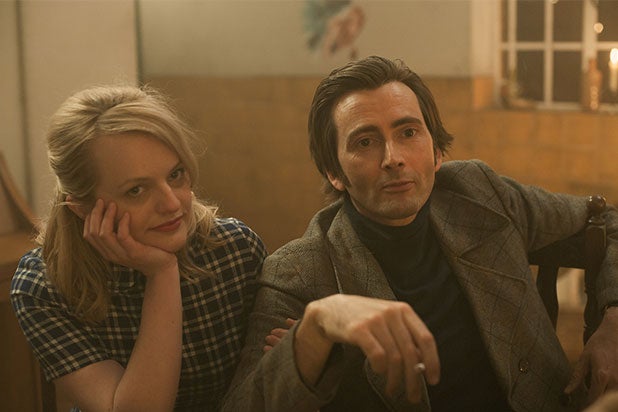 Samuel Goldwyn Films has acquired the U.S. rights to the drama “Mad to Be Normal,” starring Elisabeth Moss and David Tennant, the company announced Tuesday.

Tennant (“Doctor Who”) stars as 1960’s celebrity psychiatrist R.D. Laing who revolutionized the treatment of people who were diagnosed as “mad.” Working out of Kingsley Hall in East London, he performed experiments on people, including experiments with LSD and practicing a form of self-healing known as metanoia. His methods were controversial.

Moss is hot off her Emmy win for her role in Hulu’s “The Handmaid’s Tale.” On Monday, she was cast in the women’s rights drama “Call Jane.” The “Mad Men” alum will next be seen in “The Square” as well as the “Top of the Lake” TV series.

Tennant will next star in Netflix’s “Jessica Jones,” as well as “Mary Queen of Scots” and “Bad Samaritan.”

The deal was negotiated by Peter Goldwyn of Samuel Goldwyn Films and Jason Moring for DDI on behalf of the producers.