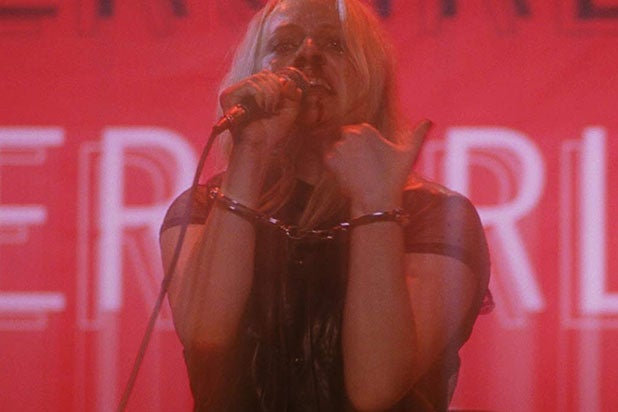 The film, marking the third collaboration between Moss and Perry, chronicles the fall and rise of a ’90s riot grrrl. It had its world premiere at the Toronto International Film Festival in September.

Gunpowder & Sky is planning a theatrical release in 2019, followed by an awards push for Moss.

“I am so intensely proud of this film and of everyone involved who stretched themselves beyond where we’d ever gone before artistically,” said Moss. “Having a home like Gunpowder & Sky is a perfect fit for the film and I’m really excited for people to go on this insane ride with us. It isn’t for the faint of heart, but it is for movie lovers and music lovers, and those who have ever had any experience with someone who was a tornado from whom they didn’t want to run away.”

“Having Elisabeth – one of the finest actors of our time – portray a female icon in the world of punk music, accompanied by some of the best young female actors, and directed by the visionary Alex Ross Perry is a dream come true for Gunpowder & Sky … and personally for my failed musician soul,” added Van Toffler, CEO of Gunpowder & Sky.  “This is such a passionately powerful and unique story steeped inside the world of music – the emotional highs and lows – so it’s a privilege for our studio, which is named after a song lyric, to bring ‘Her Smell’ out to the world.”

According to the studio, “Her Smell” examines the grit, grace and gravitas of an unforgettable fictional rock star crashing down to earth into the harsh realities of mid-life. Told across five scenes that span across 10 years, the film follows Becky Something (Moss), a ’90s punk rock superstar who once filled arenas with her grungy all-female trio Something She. Now she plays smaller venues while grappling with motherhood, exhausted band mates, nervous record company executives, and a new generation of rising talent eager to usurp her stardom. When Becky’s chaos and excesses derail a recording session and national tour, she finds herself shunned, isolated and alone. Forced to get sober, temper her demons, and reckon with the past, she retreats from the spotlight and tries to recapture the creative inspiration that led her band to success.