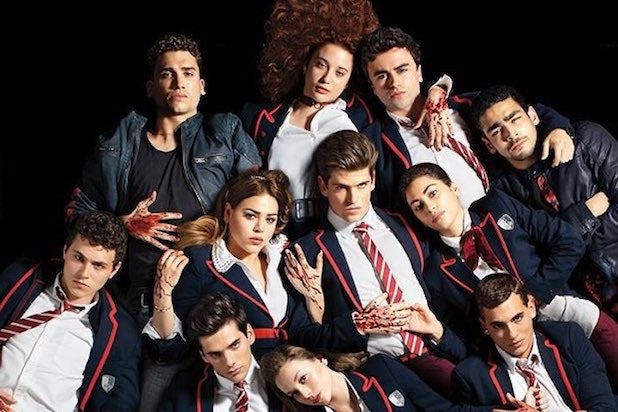 Las Encinas will back in session in 2019, as Netflix announced Wednesday the Spanish teen crime drama “Elite” has been renewed for a second season. The first installment made its global debut on Oct. 5.

The streamer did not give details on the cast or creative team attached to Season 2 of the show (which has quickly garnered a cult following on social media), as it is “still being determined which characters will return and what new faces we will see” when the series returns next year.

The 8-episode second season will be executive produced by Zeta Audiovisual (“Ahora o Nunca,” “Three Steps Above Heaven,” “I Want You”) and shot in 4K.

Here’s the official description for the drama: Las Encinas, the best and most exclusive school in Spain where the elite send their children to study, is also where three working class kids have just been admitted after their academy was destroyed by an earthquake and the local council divided up the students between the different schools in the area. The clash between those who have everything and those who have nothing to lose creates the perfect storm that ultimately ends in a murder. Who is behind the crime?