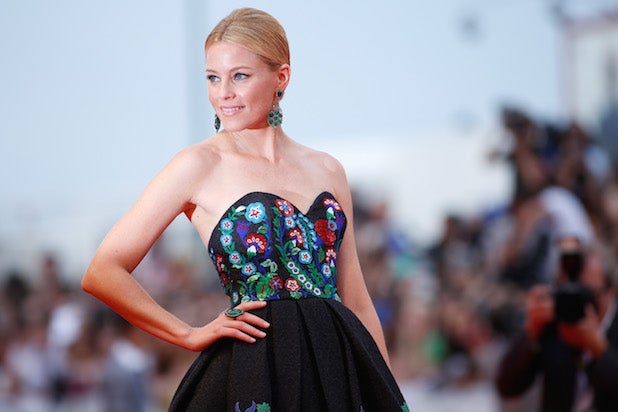 Elizabeth Banks found out that the entertainment industry is full of boobs early on in her career.

Speaking at the Women in Film Los Angeles’ Crystal + Lucy Awards on Tuesday, actress/director/producer Banks detailed the misogyny she’s encountered in the industry — such as her first encounter with an agent.

“The first agent I ever met in this industry told me to get a boob job,” Banks said during her acceptance speech at the Beverly Hilton Hotel, People reports.

Also Read: Kaley Cuoco Says Her Boob Job Is the 'Best Thing I Ever Did'

“I was so grateful that I didn’t have enough money at the time to follow his advice,” Banks said. “I also did not sign with him despite that.”

“The Hunger Games” and “Pitch Perfect” star is one of a number of women who’ve spoken out about the topics of misogyny and body-shaming in the entertainment industry of late. In an essay published earlier this year, “Smash” creator Theresa Rebeck detailed the misogyny she’s experienced in TV writers’ rooms, saying that it’s “beyond anything that people believe.”

“I tell stories about the shenanigans that go on in writers’ rooms, and my friends outside the business roar with laughter or cringe in disbelief,” Rebeck wrote. “The misogyny is beyond anything that people believe when I tell these stories.”

Rebeck went on to describe how male-dominated writers’ rooms would be filled with “fist-up-the-ass jokes.” She also said would be tasked with writing “girl scenes,” and how she was chastised for speaking up against offensive jokes.