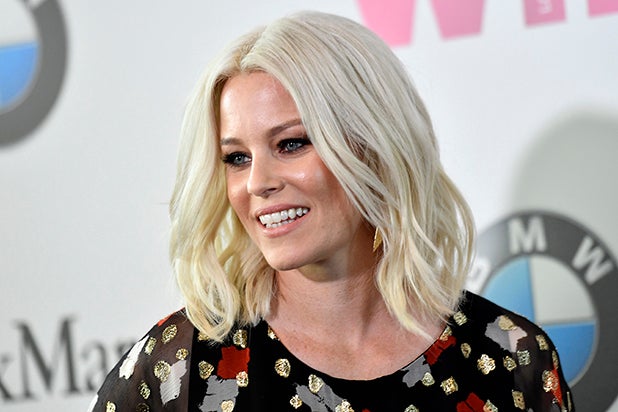 Elizabeth Banks is set to direct and star in a film called “Invisible Woman” that Universal is developing, an individual with knowledge of the project told TheWrap.

“Invisible Woman” is based on Banks’ original pitch to the studio, and though it sounds similar, it’s not meant to crossover or align with “The Invisible Man,” the horror and monster movie reboot that’s due in theaters early next year starring Elisabeth Moss.

Erin Cressida Wilson, who wrote the screenplay for the thriller “The Girl on the Train,” wrote the current draft of the script, and Banks and Max Handelman will produce for their Brownstone Productions banner. Brownstone’s Alison Small will executive produce.

The plot is currently being kept under wraps, but “Invisible Woman” does feed into how Universal and Blumhouse are handling their intellectual property moving forward.

The studio originally meant to relaunch the classic monster movie characters, such as The Mummy, Dracula, The Wolfman and The Invisible Man, as part of a larger, interconnected universe. That endeavor kicked off and ended with “The Mummy” starring Tom Cruise and Russell Crowe as Dr. Jekyll and Mr. Hyde. Now however, Universal is open sourcing ideas to filmmakers to craft their own original stories within the framework of their horror IP. News also recently broke that Dexter Fletcher would direct a film called “Renfield,” who is Dracula’s henchman.

Banks is the director of “Pitch Perfect 2” and she just directed “Charlie’s Angels” at Sony, which struggled at the box office earlier this month when it opened to only $8.3 million at the domestic box office on a $48 million budget. So far it’s made $43.7 million worldwide.