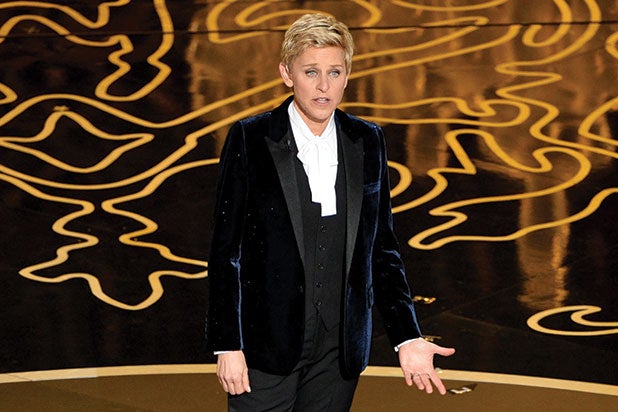 A breast joke made by DeGeneres on her daytime talk show has led to a lawsuit filed against Warner Bros. Entertainment.

In the lawsuit, filed on Thursday in federal court in Georgia, real-estate agent Titi Pierce says her name was ridiculed on “The Ellen DeGeneres Show,” resulting in ridicule and harassment.

According to the suit, during a segment titled “Whats Wrong With These Ads … and These Signs?” airing on Feb. 22 (and again on Apr. 15), DeGeneres’s show aired Pierce’s real-estate signs and referred to her as “titty Pierce.”

“Prior to defendant’s misdeeds, Ms. Pierce has been called only by her name ‘Titi,’ which, as grammar dictates, is pronounced ‘TEE TEE,'” the lawsuit reads.

Making matters worse, the lawsuit claims, the show displayed her personal cell-phone number on the screen, leading to “ridiculing and harassing phone calls and voice mail messages” while Pierce “was in the midst of attending a family funeral out of state.”

In a statement provided to TheWrap, the executive producers of “The Ellen DeGeneres Show” said, “We try to have fun every day and make people laugh and never intend to hurt anyone’s feelings.”

Pierce also claims that she and her family have “faced ridicule and harassment” on the streets of their hometown.

Alleging false light invasion of privacy, misappropriation of likeness, defamation and intentional infliction of emotional distress, the suit seeks unspecified damages, so it’s not clear how much she might be trying to milk from the situation.