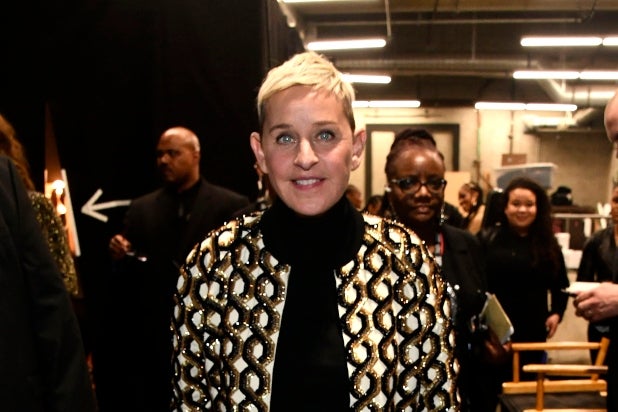 Ellen DeGeneres is facing criticism over a comment she made on Monday’s episode of the socially-distanced, at-home version of her talk show that compared self-isolation during the global coronavirus pandemic to “being in jail.”

“One thing that I’ve learned from being in quarantine is that people — this is like being in jail, is what it is,” she said in the video, which has since been taken down from YouTube. “It’s mostly because I’ve been wearing the same clothes for 10 days and everyone in here is gay.”

The commenters have been found by some to be disrespectful and tonedeaf, considering the high rates of prison inmates across the U.S. testing positive for the virus.

“Except that people in jail can’t practice social distancing, don’t have enough water or toilet paper and are going to die at exceptional rates from Covid-19. Except for that, Ellen, your quarantine experience is just like being in jail,” wrote one user.

Except that people in jail can't practice social distancing, don't have enough water or toilet paper and are going to die at exceptional rates from Covid-19. Except for that, Ellen, your quarantine experience is just like being in jail. @TheEllenShow @andylassner https://t.co/CqTis3IsLk

“‘I feel like I’m in jail,’ says Ellen in this house,” another tweeted next to a picture of DeGeneres’ Los Angeles mansion.

“I feel like I’m in jail,” says Ellen in this house pic.twitter.com/GbDe9rbXTk

Ellen Degeneres really said social distancing is like being in jail when the government is out here sacrificing fast food workers who don’t even have that privilege ???? she probably hasn’t even discovered half of the rooms in her $27M mansion… pic.twitter.com/3l19ZI3Y7l

Unfollowed two gay fashion Instagram accounts after they posted in Diet Prada that it was "no big deal" Ellen joked about being in prison at her 25 million dollar 2nd home.

Ain't got time for people who are that tone deaf.

@TheEllenShow I can't believe you compared your quarantine to jail. Terribly disappointed in you and all other tone deaf celebrities who say "we're all in this together". No you guys aren't. You don't have to expose yourself like healthcare workers do.