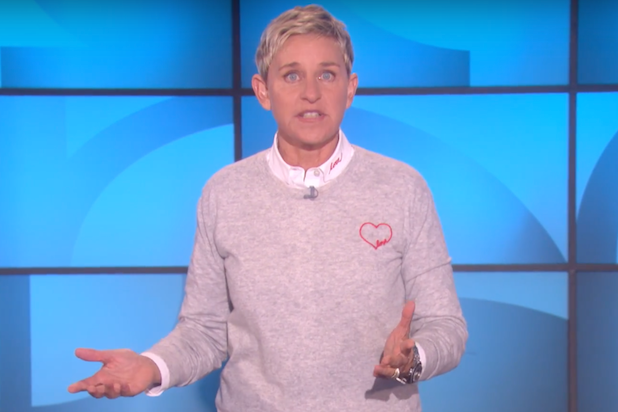 Ellen DeGeneres will keep doing her talk show for at least another three seasons, she said on Tuesday.

“The Ellen DeGeneres Show,” which was already renewed through next season, will now run through the 2021-22 season. In a New York Times profile last December, DeGeneres spoke about the possibility of leaving her successful daytime show when her current contract was up.

“I’m excited to announce that I’ll be doing my show for three more years,” DeGeneres said during Tuesday’s show. “Mostly because I love doing it so much every day, but also because that takes me to the end of my car lease.”

Doing this show has been the ride of my life. pic.twitter.com/Mytkjxj4xa

“Ellen is, quite simply, a force of nature,” said Peter Roth, president and chief content officer, Warner Bros. Television Group. “Her energy, intelligence, kindness and creativity know no bounds.  Whether it’s her instant connection to her guests on her flagship talk show, her warm and funny hosting on ‘Game of Games,’ or the infectious enthusiasm she shares in producing everything from ‘Little Big Shots’ to the animated antics of ‘Green Eggs and Ham,’ it’s an honor to work alongside her.  We’re thrilled to continue this fun and friendly journey with her.”

The show already has been licensed by the NBC Owned Television Stations (10 stations) and Hearst Television (22 stations) through the 2021-2022 season.

DeGeneres, Mary Connelly, Ed Glavin, Andy Lassner, Kevin A. Leman II and Derek Westervelt serve as executive producers. The show is filmed from Warner Bros. Studios in Burbank, California, and is produced by A Very Good Production and WAD Productions, Inc. in association with Telepictures. It is distributed by Warner Bros. Domestic Television Distribution.