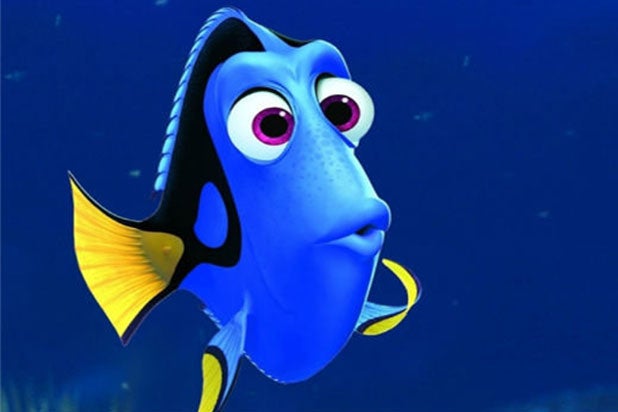 Maybe you’re among those who find juxtaposition of the Ellen DeGeneres-starring animated family pic with the previous day’s xenophobia particularly ironic. You might even wonder how someone could watch a movie while missing the point entirely, or even embodying the opposite of the point.

If so, you’re not alone. DeGeneres noticed it too, and as such, in a rare departure from her usual apolitical stance, used her monologue in Monday’s episode of her syndicated talk show to explain the plot of “Finding Dory” in terms even someone who misspells the word “unprecedented” can understand.

Noting the mass protests that have broken out at airports across the country since the ban was enacted, DeGeneres insisted she doesn’t “get political,” and simply wanted to discuss “the very non-political, family-friendly, People’s Choice award-winning “Finding Dory.”

Talking the audience through the plot of the film, DeGeneres emphasized its themes of friendship and community while noting some very on-the-nose parallels to the current political discussion.

She concluded with this: “Even though Dory gets into America, she ends up separated from her family, but the other animals help Dory. Animals that don’t even need her. Animals that don’t have anything in common with her. They help her, even though they’re completely different colors. Because that’s what you do when you see someone in need — you help them.”

Speaking of helping people, Trump today fired Sally Yates, the acting Attorney General of the United States for refusing to enforce the travel ban due to concerns that it wasn’t even legal. Or, as Trump put it, because Yates “betrayed the Department of Justice.”

Watch DeGeneres’ monologue above, and read the full transcript below.

Thanks for being here. You are the only people not protesting something right now. A lot of protests going on at the airports all over the country, really, because of the President’s travel ban. At the airport in Los Angeles, there was chaos and confusion – nobody could get in or out before the protests start – that was before…

If you haven’t heard, this is what happened over the weekend on Friday. The President gave an order banning people from 7 countries from entering the United States, including people with green cards. Then on Saturday, the President screened “Finding Dory” at the White House. I don’t get political, but I will say that I am against one of those two things.

Now, of course “Finding Dory” is about a fish named Dory. Dory lives in Australia and these are her parents, and they live in America. And I don’t know what religion they are, but her dad sounds a little Jewish. It doesn’t matter.

Dory arrives in America with her friends Marlin and Nemo. She ends up at the Marine Life Institute behind a large wall. They all have to get over the wall and you won’t believe it, but that wall has almost no effect in keeping them out.

This is Becky. She’s not important – it’s just a hilarious comedic element that makes for wonderful storytelling.

Even though Dory gets into America, she ends up separated from her family, but the other animals help Dory. Animals that don’t even need her. Animals that don’t have anything in common with her. They help her, even though they’re completely different colors. Because that’s what you do when you see someone in need – you help them.

So that is what I hope everyone who’s watching “Finding Dory” has learned. Tune in next week when I explain women’s rights talking about the movie, “Mr. Wrong.”