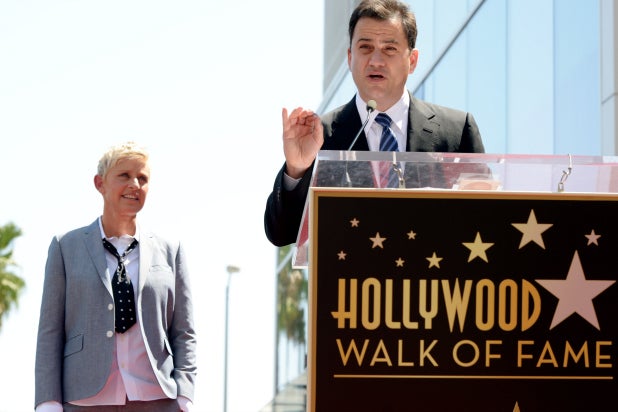 Hopefully Ellen DeGeneres and Jimmy Kimmel have a lot to talk about.

On Wednesday, they will each guest on each other’s talk show to help promote their respective Oscar Sunday gigs.

The Oscars take place at the Dolby Theatre and will be televised live on ABC Networks in more than 225 countries and territories worldwide. The awards show is produced by Craig Zadan and Neil Meron.

The 9th annual “Jimmy Kimmel Live: After the Oscars” airs on Sunday, March 2 after the late local news ET/CT and at 10 p.m., PT on ABC, broadcasting from Disney’s El Capitan Theater located on Hollywood Boulevard.