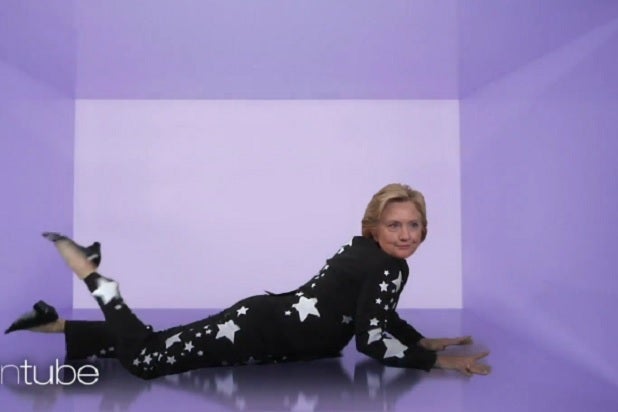 “Recently I showed you a totally real Bernie Sanders campaign video where he danced to that song [‘Hotling Bling’],” DeGeneres said. “Totally real, and after we showed that really really real video that we made, I told Hillary that it was her move. Then Ariana Grande released this video.”

DeGeneres then played a clip of “Focus” featuring a superimposed Clinton showing off some booty-smacking dance moves alongside Grande.

Decked out in a star-covered pant suit, Clinton struts her stuff in the video and even manages to snap a selfie or two for good measure.