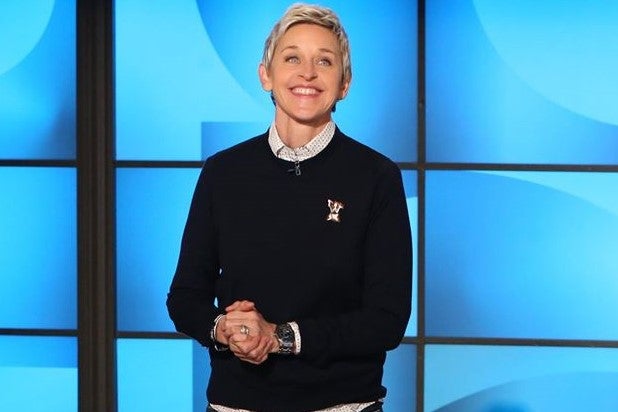 “I can’t wait to get back to work and back to our studio,” host Ellen DeGeneres said in a statement on Tuesday. “And, yes, we’re gonna talk about it.”

Chris Rock, Amy Schumer, Adam Sandler and Orlando Bloom are also on the early end of DeGeneres’ schedule for her new batch of episodes.

In case you’ve been self-quarantining under a rock, DeGeneres’ vow in her quote refers to the controversy that has surrounded her in recent months, after dozens of current and former staffers spoke out about their time working on “Ellen” in a pair of bombshell Buzzfeed News reports.

“On day one of our show, I told everyone in our first meeting that ‘The Ellen DeGeneres Show’ would be a place of happiness — no one would ever raise their voice, and everyone would be treated with respect,” DeGeneres wrote. “Obviously, something changed, and I am disappointed to learn that this has not been the case. And for that, I am sorry. Anyone who knows me knows it’s the opposite of what I believe and what I hoped for our show.”