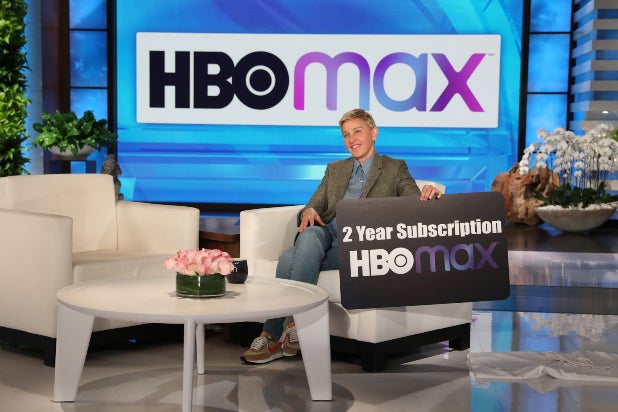 The upcoming streaming service from WarnerMedia has given a straight-to-series pickup for three of DeGeneres’ shows, with a fourth one in development. The three series ordered already are: “Ellen’s Home Design Challenge,” “First Dates Hotel” and “Little Ellen.” The docu-series “Finding Einstein” is the one in development.

“Ellen is a singular talent, and a powerhouse, creative triple-threat that we are lucky to have now bringing her talents to bear on behalf of HBO Max,” said Kevin Reilly, Chief Content Officer, HBO Max and president, TNT, TBS, and truTV. “Ellen’s flair for home design and matchmaking will most certainly inspire and delight – but HBO Max is full service, so as not to leave the kids out she’s bringing them back to the hilarious misadventures of her childhood in an imaginative animated series.”

In “Ellen’s Home Design Challenge,” DeGeneres will give eight designers the chance to push their creativity to the limit. The series is produced by Warner Bros. Unscripted & Alternative Television and A. Smith & Co. Productions in association with Telepictures and A Very Good Production, with DeGeneres, Jeff Kleeman and Arthur Smith serving as executive producers.

“Little Ellen” is a 2D animated children’s show that explores the world through the eyes of a seven-year-old Ellen DeGeneres, taking place in her hometown of New Orleans. The 40-episode quarter-hour series is produced by Warner Bros. Animation and Ellen Digital Ventures. DeGeneres, Kevin A. Leman II and Sam Register serve as executive producers. Jennifer Skelly is a co-executive producer and Jason Blackman is a producer.

“First Dates Hotel” is based on the UK format from Twenty Twenty Productions, Ltd.. The series is set at an affluent boutique hotel and will find single people from multiple generations gathering for an intensive and tailor-made romantic experience.

“Finding Einstein” will seek to find what HBO Max describes as “a fresh generation of Einsteins.” The series is executive produced by Warner Bros. Unscripted & Alternative Television in association with Telepictures and A Very Good Production, with DeGeneres, Kleeman and Todd Goldman serving as executive producers.

HBO Max will launch in spring. A price has not been announced.