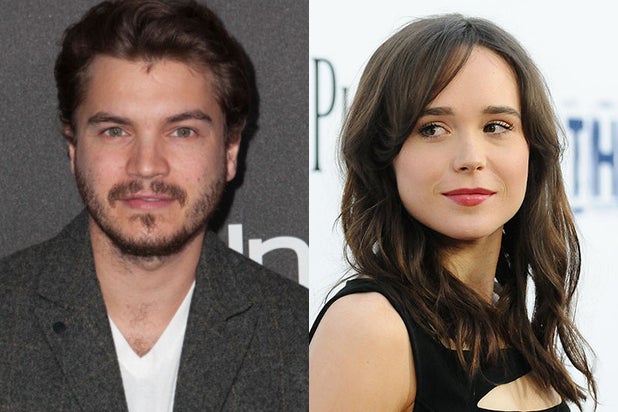 In what would be her first new role since coming out as a lesbian last month, Oscar-nominated actress Ellen Page is in talks to play John Belushi’s wife, Judith Jacklin, opposite Emile Hirsch in Steve Conrad’s upcoming biopic, TheWrap has learned.

Jacklin was Belushi’s loving high school girlfriend who eventually married the comedian and was left devastated by his death. She is now known as Judy Belushi Pisano, who is producing the movie with Emjag’s Alexandra Milchan and Bonnie Timmermann, as well as Film 360’s Scott Lambert.

Conrad (“The Promotion”) will direct from his own screenplay, which is based on the book “Belushi” by Belushi Pisano and Tanner Colby.

The indie drama will explore Belushi’s rise to fame in the late ’70s, from “Saturday Night Live” to his starring turns in “Animal House” and “The Blues Brothers.” Belushi died of a fatal drug overdose at age 33 at the Chateau Marmont in Los Angeles.

Dan Aykroyd, one of the movie’s main characters who was one of Belushi’s best friends and close collaborators, is executive producing the film, which is expected to start production later this year in New York.

“Belushi” is the first new project Page has been linked to since she courageously revealed that she’s gay on Valentine’s Day. While Page’s deal isn’t closed, her casting as Hirsch’s love interest would send a strong message that Hollywood is confident audiences will believe her as a straight romantic lead, and that an actor’s talent is what matters, not their sexuality.

Page’s feature career is as strong as it has ever been. She’ll soon be seen in Bryan Singer‘s sequel “X-Men: Days of Future Past,” and her spy movie “Queen & Country” recently snagged a director in Craig Viveiros. 20th Century Fox and Chernin Entertainment are backing the adaptation of Oni Press’ comic book series, which follows a British agent who goes on the run from her own people as she tries to bring down a terrorist on English soil.

Page, who is also set to star alongside Julianne Moore in the gay rights drama “Freeheld” as well as topline Patricia Rozema’s indie movie “Into the Forest,” is repped by WME, Vie Entertainment and attorney Kevin Yorn.