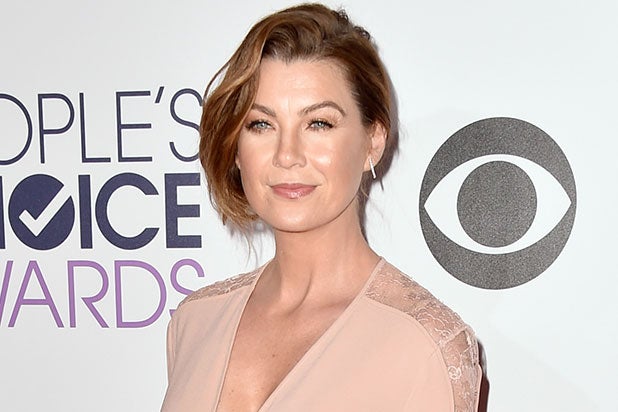 Ellen Pompeo is jumping into the conversation on Daniel Craig‘s controversial comments regarding his future with the James Bond film franchise.

“This dude needs a reality check,” the “Grey’s Anatomy” star tweeted along with a link to a story about Craig’s comments saying he would rather “slash [his] wrists” then do another James Bond film.

Pompeo then responded to a tweet in which a fan wrote, “There is a good chance that’s not exactly what he said, the media can embellish things.” Pompeo responded, “You are absolutely right! I certainly have been there.”

Craig found himself in hot water this week after an interviewer asked if he would do another Bond film after “Spectre” and he replied, “”I’d rather break this glass and slash my wrists.”

“If I did another Bond movie, it would only be for the money,” he continued.

Craig was also asked whom he thought should be the next actor to play the British superspy. “I don’t give a fuck. Good luck to them!” he said. “All I care about is that if I stop doing these things we’ve left it in a good place and people pick it up and make it better.”

“Spectre” will be Craig’s fourth Bond film, after “Casino Royale,” “Quantum of Solace” and “Skyfall,” the last of which made $1.1 billion worldwide, becoming the first film in the franchise to cross the billion-dollar barrier.