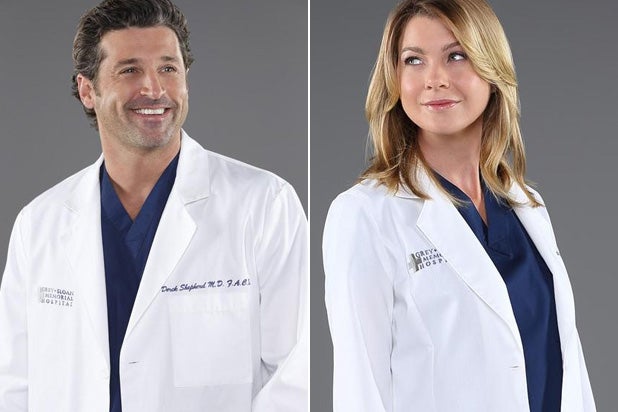 “Grey’s Anatomy” fans are still reeling over the shocking death of beloved character Derek “McDreamy” Shepherd — and Ellen Pompeo is among those still coming to terms with the loss.

“I have always said what keeps me going is the fans, knowing we move you and inspire you,” Pompeo wrote Monday on Twitter.

The actress, who played Patrick Dempsey‘s love interest since 2005, spoke out about the devastating tractor-trailer accident that killed the fan favorite on last Thursday’s episode of the ABC drama.

“There are so many people out there who have suffered tremendous loss and tragedy. Husbands and wives of soldiers, victims of senseless violence and parents who have lost children. People who get up each day and do what it feels like is the impossible.

“So it is for these people and in the spirit of resilience I am honored and excited to tell the story of how Meredith goes on in the face of what feels like the impossible. I hope you will all join me on her journey,” she said.

There had been mounting speculation that Dempsey would be exiting “Grey’s Anatomy” after Season 11 but few expected him to leave the ShondaLand medical drama in such a sudden fashion. Following a recent absence from the show, with McDreamy having been shipped off to Washington D.C., his character dominated every scene on April 23 — right up to the shocking twist when he was killed off.

The death sparked both mourning and anger among die-hard fans, with some viewers vowing they would stop watching the drama now that Dempsey has left.

“Grey’s Anatomy” returns on Thursday at 8 p.m. on ABC with a special two-hour episode.