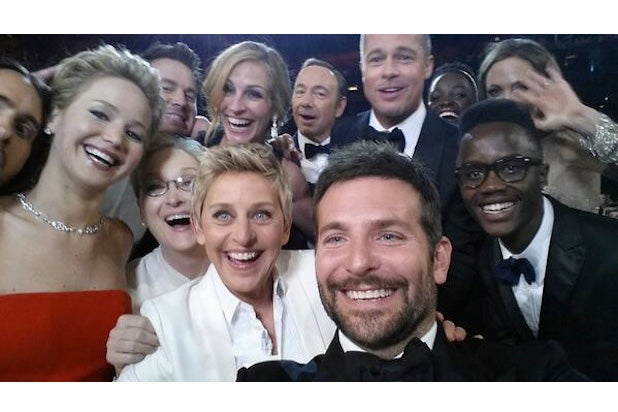 By Monday morning, at the time of this posting, Ellen’s “Best photo ever” had more than 2.6 million retweets and was still growing. It also had more than 1.3 million favorites — and those figures aren’t even counting all of the mentions and Internet shares and memes that instantly followed.

If only Bradley’s arm was longer. Best photo ever. #oscars pic.twitter.com/C9U5NOtGap