NBC is canceling “Ellen’s Game of Games” after four seasons, an individual with knowledge of the situation told TheWrap.

The show aired its last episode in May of last year.

The cancellation of the primetime game show comes as DeGeneres is preparing to end her daytime talk show “The Ellen DeGeneres Show” this spring, which airs mostly on NBC-owned and affiliated stations.

The hour-long “Game of Games” was hosted and executive produced by DeGeneres and featured elongated versions of popular bits from her daytime show. 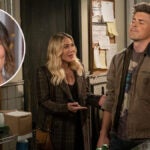 The show had been a reliable performer for NBC and had seen increased episode orders each season. It debuted in 2017 with an eight-episode order and its now-final season finished with 20 episodes. “Game of Games” had suffered steep ratings drops as it moved to Sunday nights. Similarly, DeGeneres’ daytime talk show is ending amid a cloud of accusations of a toxic workplace and declining ratings as well.

Deadline was first to report on “Game of Games” getting canceled.