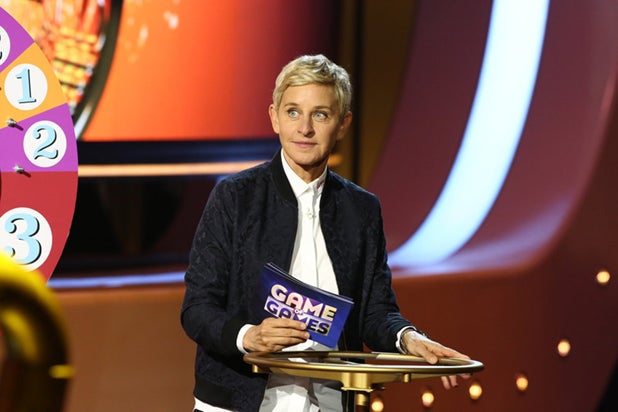 Tuesday was a pretty bad night for broadcast television — another thing we can blame Donald Trump for. That said, Ellen DeGeneres and NBC may be celebrating how this whole thing worked out.

The president’s State of the Union Address was originally supposed to happen last night, so the over-the-air TV networks scheduled mostly reruns for the evening. The federal government shutdown over the potential Mexico-border wall screwed those plans up good.

Trump will now get his chance to speak to the nation on Feb. 5, which is messing with television schedules again.

Also Read: Next Episode of 'This Is Us' - and Season 3 Finale - Pushed Back Due to Trump's State of the Union

There were only three original episodes on Big 4 broadcast last night, and two of them were “Ellen’s Game of Games.” The third, a CBS Super Bowl ads special — admittedly a stretch to be considered a new hour of TV — was Tuesday’s most-watched hour. ABC and Fox’s primetime lineups consisted entirely of encores.

For reference, here is how last Tuesday looked.

NBC was first in ratings with a 1.5 rating/6 share in the advertiser-coveted 18-49 demographic and second in total viewers with an average of 6.3 million, according to preliminary numbers. The first “Ellen’s Game of Games” at 8 p.m. earned a 1.6/7 and 7 million viewers. A special second episode at 9 posted a 1.7/7 and 7 million viewers. A repeat episode of the primetime game show followed.

CBS was second in ratings with a 0.7/3 and first in viewers with 6.6 million. The Super Bowl commercials special at 8 put up a 1.0/4 and 7.9 million viewers. Repeats followed.

ABC, Fox, The CW and Univision all tied for third in ratings, each with a 0.5/2. ABC was third in total viewers with 2.5 million viewers, Fox was fourth with 1.660 million, CW was fifth with 1.654 million, Univision was sixth with 1.5 million.

Telemundo was seventh in ratings with a 0.4/2 and in viewers with 1.2 million.