It’s not explosive competition in streaming, password crackdowns or an inflation squeeze on users — Elon Musk says Netflix stock is tanking because the “woke mind virus” has made its programming “unwatchable.”

Netflix stock took a 25% nosedive this week after reporting its first loss of subscribers in a decade, according to its first-quarter earning report released Tuesday. The stock plunged about 24% in after-hours trading as investors were alarmed by the unexpected loss of customers, and a projection by Netflix that much more is in store. 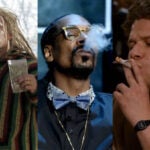 Subscriber losses were blamed on a host of things — widespread password sharing, inflation, the loss of 700,000 accounts disabled in Russia, to name a few — but the Tesla and SpaceX founder, who wants to add “Twitter owner” to his long resume — had a much simpler theory: Netflix’s “woke” programming is turning people off in droves.

“The woke mind virus is making Netflix unwatchable,” Musk tweeted in response to a report on the stock dip.

To be fair, Musk indicated that the ideological contagion theory applies to more than just the world’s largest streaming service. In agreeing with a user who says “current-year trend woke garbage” infests everything from movies to video game and TV, Musk concurred that it applies across pop culture:

Now … just because Elon Musk doesn’t like something, doesn’t mean he can buy and change it.

Not that this possibility has been raised — but in case your mind went there: Netflix is valued at well over $100 billion to $150 billion, as much as three-plus times more than Musk recently bid for Twitter and, very roughly speaking, half (or more) of his estimated net worth.

So while it might be theoretically possible that Musk could be enough to cover a bid for Netflix … no. That’s simply not happening. Forget we mentioned it.