Elon Musk isn’t upset that ex-President Donald Trump hasn’t returned to Twitter after Musk unbanned him, but he is upset that Trump was banned in the first place.

On Friday afternoon, Musk replied to a question about Trump with the eyebrow-raising statement, “I’m fine with Trump not tweeting. The important thing is that Twitter correct a grave mistake in banning his account, despite no violation of the law or terms of service. Deplatforming a sitting President undermined public trust in Twitter for half of America.” 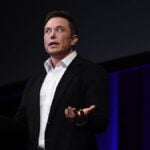 In May, long before the Twitter sale went through, Musk called the Trump ban “morally wrong and flat out stupid” and stated he intended to reverse it.

For the past several months, the bipartisan Jan. 6 Committee has been investigating Trump’s tweets on the day a mob of Trump supporters and Proud Boys stormed the U.S. Capitol with the avowed intent of stopping the certification of the 2020 election and killing both Vice President Mike Pence and Speaker of the House Nancy Pelosi.

Several former Trump staffers have offered damning testimony that Trump refused to order the violent mob to stop and in fact had wanted to lead the march to the Capitol. Trump has not responded to a subpoena to testify before the committee. 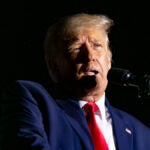 Since taking ownership of Twitter on Oct. 28, Musk has also reinstated the accounts of Kanye “Ye” West, who was banned for antisemitic statements; conservative commentator Jordan Peterson, who was kicked off for attacking trans actor Elliot Page; and Kathy Griffin, who had the audacity to make fun of Musk.

Musk ran a Twitter poll, which narrowly approved of Trump’s return, before reversing the lifetime ban.

In Feb. 2021, Twitter’s chief financial officer, Ned Segal explained why the ban was, at the time, permanent. 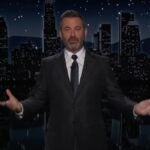 Also Read:
Kimmel Jokes Republicans Who Turned on Trump Are ‘In the Witness Protection Party’ (Video)

“Remember, our policies are designed to make sure that people are not inciting violence and if anybody does that, we have to remove them from the service and our policies don’t allow people to come back,” Segal said at the time.

Former Twitter CEO Jack Dorsey also defended the ban shortly after it went into effect, saying, “We faced an extraordinary and untenable circumstance, forcing us to focus all of our actions on public safety. Offline harm as a result of online speech is demonstrably real, and what drives our policy and enforcement above all.”

Musk’s lack of moderation on Twitter since his takeover has already caused concern and a mass exodus of advertisers and high-profile users. 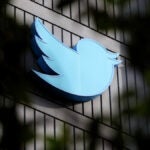 Also Read:
Twitter Has Lost Half of Its Top 100 Advertisers Since Elon Musk Takeover
x