On Monday, The Verge reported that new Twitter owner Elon Musk wants to start charging people who have verified accounts — popularly referred to as “blue checks” — $20 dollars a month to keep their verified status.

The idea was widely mocked, and many of the site’s most prominent verified users said they would leave if Twitter tried to implement the plan. Among those verified users was literary legend Stephen King, who tweeted, “$20 a month to keep my blue check? F– that, they should pay me. If that gets instituted, I’m gone like Enron.”

Hours later, Musk confirmed the accuracy of the reports when he signed on to basically beg King not to leave by haggling with him over the price. 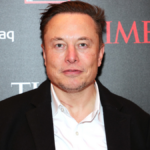 “We need to pay the bills somehow! Twitter cannot rely entirely on advertisers. How about $8?” Musk tweeted at the horror icon.

“I will explain the rationale in longer form before this is implemented. It is the only way to defeat the bots & trolls,” Musk continued.

As of this writing, King has not responded.

Musk’s comments are puzzling, to put it mildly. A verified account means only that account holder has some kind of public relevance and that Twitter has confirmed they aren’t lying about their identity. Aside from letting you see analytics and providing an additional layer of account security, it confers few special abilities or privileges. Read more about it here.

And by his own admission, Musk wants users to pay a hilarious $20.00 per month for the right to continue to provide free content on Twitter while also being able to prove they are who they say they are.

By comparison, Twitter’s operational expenses in the second fiscal quarter of 2022 were $1.5 billion.