Elon Musk, one of the biggest global success stories of the 21st century, is no stranger to colossal failure in 2022.

Musk remains the richest man in the world with a net worth of $169.8 billion, according to Bloomberg and its Billionaires Index. 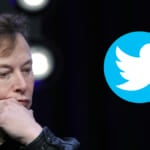 Shares of Musk’s Tesla, which make up most of his wealth, are trading at their lowest level since November 2020, thanks to a string of challenges for the electric-car maker. Those include supply-chain problems and high material costs, COVID-related issues in China, and a taillight recall that affected more than 300,000 cars.

But Musk’s attention has, of course, been elsewhere after he bought Twitter for $44 billion in October. 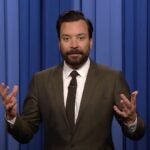 Also Read:
Fallon Is ‘Shocked’ Trump Is Refusing Twitter Return: It’s Like Him ‘Driving By a McDonald’s Without Stopping’ (Video)

And as it’s required to be, Tesla has been transparent about the situation, saying in an SEC filing that it adds risk for the company’s investors: “Although Mr. Musk spends significant time with Tesla and is highly active in our management, he does not devote his full time and attention to Tesla.”

Twitter meanwhile is struggling to find a significant revenue stream after major advertisers have fled. As Musk has toyed with fees for verified users and other wholesale tweaks, he has also lost about 60% of its work force since taking the reins.

Also Read:
Twitter’s Head of Trust on Why He Resigned: Musk ‘Will Be the One Calling the Shots’
x