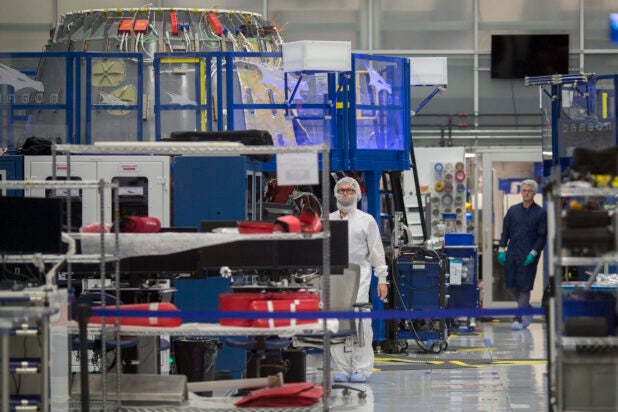 Elon Musk said Thursday that he will begin diverting resources from SpaceX and Tesla factories in order to build and sell respirators to hospitals in need as they continue to fight back the spreading coronavirus.

“We will make ventilators if there is a shortage,” Musk wrote on Twitter — and was immediately met with firm encouragement from actress Patricia Arquette, who responded, “Ok, then start.” Actress Bette Midler also weighed in, adding, “start yesterday! There is a widely reported shortage….globally. And thank you!”

New York City Mayor Bill de Blasio responded, declaring New York City could be Musk’s first respirator buyer if the billionaire manages to quickly mass manufacture them. De Blasio said he was reaching out to Musk’s team directly and added, “our country is facing a drastic shortage and we need ventilators ASAP — we will need thousands in this city over the next few weeks. We’re getting them as fast as we can but we could use your help!”

Musk’s answer to de Blasio: “We will connect with your team to understand potential needs.”

SpaceX representatives did not immediately return TheWrap’s request for comment. It remains unclear how soon SpaceX and Tesla could begin producing medical-grade ventilators.

Tesla and SpaceX are not the only companies to consider using their manufacturing operations to make medical equipment. Auto makers General Motors and Ford told The Detroit News Wednesday they are in contact with government officials in the United States and United Kingdom and working to find a way to produce the ventilators. Ventilators are necessary to treat severe cases of the coronavirus, which makes it difficult for patients to breathe without aid.

We will make ventilators if there is a shortage