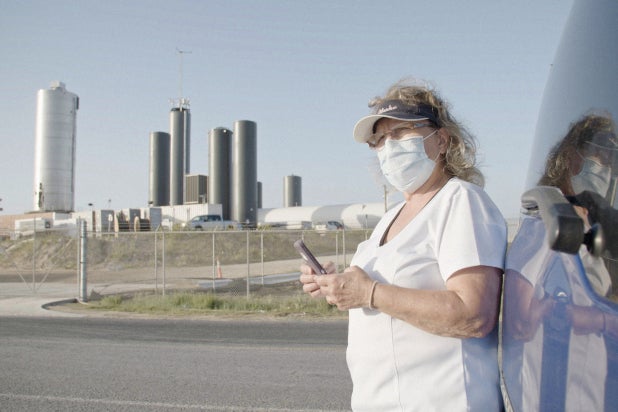 Progress is cool, but at what cost? In the latest “Vice Versa” documentary from Vice TV, a small group of retirees take on Elon Musk — the eccentric billionaire whose SpaceX vision has upended Boca Chica, a formerly sleepy beach town in Texas.

The folks who intended to live out their golden years in the coastal hamlet say Musk’s mission to Mars has forced them out of their homes. Musk is the third-richest person in the world. These few holdouts are nowhere near that list.

Watch the trailer via the video above. The doc debuts Monday on Vice.

SpaceX, founded in 2002, arrived in Boca Chica in search of a place to launch rockets, build out a luxury resort, and eventually send one million people to Mars by 2050. In the process, Musk and his crown jewel of a company (with a nod of respect to Tesla, of course) have been accused of wrecking the wildlife corridor and intimidating local retirees out of their homes and community. SpaceX and local officials maintain that Musk is bringing jobs and diversifying the economy of one of the poorest counties in the United States.

“Vice Versa: Between Musk and Mars” provides a look at the holdouts who refuse to leave the isolated village and the tactics SpaceX has been using to get them out of their homes, according to Vice.

“But as the star-gazing magnate moves forward with his vision for a Martian colony, some of the locals won’t cede their slice of Planet Earth without a fight,” the poetic logline concludes.

“Elon Musk’s vision of the future is a gripping one,” Morgan Hertzan, executive vice president and general manager of Vice TV, said in a statement to TheWrap. “‘Between Musk and Mars’ peels back the layers to uncover a David vs. Goliath story- what we are willing to sacrifice on Earth to achieve one man’s dreams on Mars?”

“Between Musk and Mars,” directed and produced by Eric Weinrib, is Vice’s fourth release under the “Vice Versa” banner. Beverly Chase is executive producer.