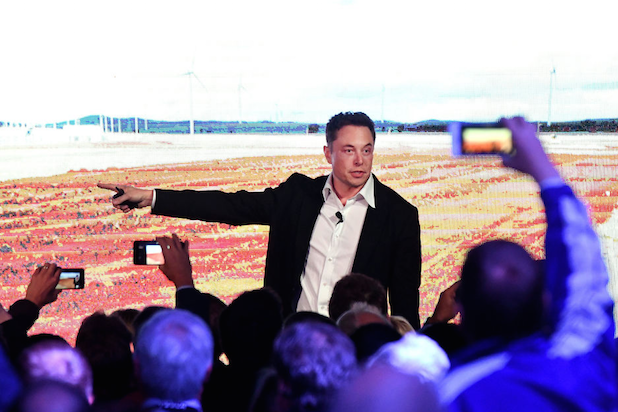 Elon Musk doesn’t have time for “boring bonehead” financial questions — even when he’s on a conference call discussing his company’s finances.

In a scene that played out more like a “Saturday Night Live” sketch than a Tesla earnings call on Wednesday, Musk didn’t mince words when pressed by Bernstein analyst Toni Sacconaghi on whether the car company would need to raise more cash.

“Excuse me?” asked Musk abruptly.  “Next. Boring bonehead questions are not cool. Next?”

Saccaonaghi wasn’t the only analyst to feel Musk’s wrath. After he was asked to elaborate on orders for the Model 3, Tesla’s “mass market” car which price starts at $35,000, Musk decided the question wasn’t worth answering at all.

“We’re going to go to YouTube,” said Musk. “Sorry, these questions are so dry. They’re killing me.”

That would be YouTube analyst Galileo Russell, a 25-year-old New York University grad who blindly asked Musk on Twitter if he could ask one question on the earnings call. Russell ended up asking several more, mostly on the company’s long-term plan, rather than its most recent quarter.

Even Musk’s own employees weren’t spared from his acid tongue. CFO Deepak Ahuja made the mistake of calling Tesla’s batteries “best in class” — and Musk immediately jumped in to correct him, saying they’re “the best. It is not a class.”

By the end of the call, Musk essentially shrugged off Baird analyst Ben Kallo’s question to weigh in on Tesla’s well-known volatility on Wall Street.

“I think that if people are concerned about volatility, they should definitely not buy our stock,” said Musk. “I’m not here to convince you to buy our stock. Do not buy it if volatility is scary.”

Almost on cue, Tesla’s shares were down 6 percent on Thursday to $283 a share following Musk’s Andy Kaufman-esque performance.

Considering that there was plenty in Tesla’s Q1 report for both its detractors and supporters to rally around, the questions he ignored were fair to ask. To recap: Tesla posted a record quarterly loss of $784.6 million. Musk also pushed back the timeline on the Model Y, an electric SUV, to 2020, rather than the expected 2019 launch. On the other hand, Musk said the company should be profitable in the second half of 2018 as it ramps up Model 3 production.

One thing that remained consistent on the call: Musk’s confidence Tesla will ultimately usurp its competition.

“Whichever company has the highest rate of innovation — unless that company is actively killed by its competitors in some way that’s nefarious, or shoots itself in the foot — it will at some point exceed those competitors,” said Musk.