Warner Bros.’ “Elvis” is in a virtual tie for No. 1 at the box office with Paramount/Skydance’s “Top Gun: Maverick,” earning $12.7 million on Friday from 3,906 theaters as industry estimates project a $30 million opening.

Such a result for Baz Luhrmann’s biopic on The King of Rock and Roll would match pre-weekend projections, and reception has also been strong with an A- on CinemaScore and Rotten Tomatoes scores of 79% critics and 93% audience.

“Elvis” still has a way to go before it reaches profitability with a reported $85 million budget, but the film is performing consistently with other summer music biopics and turning out older audiences. While other Warner Bros. releases last year like “Cry Macho” and “King Richard” failed to attract older audiences, the studio reports that 60% of opening day crowds for “Elvis” were over the age of 35 while 43% were over 50, giving hope that those demographics will continue to support the film well into July. 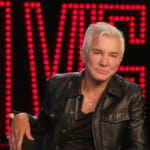 Meanwhile, the unstoppable “Top Gun: Maverick,” is now the 17th film to gross more than $500 million at the domestic box office. Tom Cruise’s film is posting another spectacular hold with $30 million in its fifth weekend, and in the coming week it will pass “Star Wars: The Rise of Skywalker” to join the top 15 all-time domestic list and become Tom Cruise’s first film to gross $1 billion worldwide.

A pair of Universal releases come next on the charts: the holdover “Jurassic World: Dominion” with $26 million in its third weekend and Blumhouse newcomer “The Black Phone” with an estimated opening weekend of $23 million from 3,150 theaters.

Like both its franchise predecessors and “Top Gun: Maverick,” “Jurassic World: Dominion” is on a path to reach $1 billion worldwide as it will hit $300 million domestic by the end of the weekend. “The Black Phone,” meanwhile, has beaten projections for a mid-to-high teens opening and has posted an opening similar to the $22.6 million opening of fellow Blumhouse film “Insidious: Chapter 3” in June 2015. 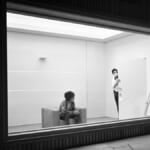 With a reported $18 million budget, “The Black Phone” is set to turn a profit for Universal even if it follows the frontloaded box office performance of most horror films. Reception has been mostly positive with a B+ on CinemaScore going with an 83% critics and 91% audience Rotten Tomatoes scores.

Completing the top 5 is Disney/Pixar’s “Lightyear,” which has fallen a steep 63% from its $50.5 million opening and is projected for a second weekend of $18 million. For theaters, an $18 million weekend total for the No. 5 film on the charts is a good thing, signifying that a variety of films are selling tickets.

But for Disney, which is trying to make back a $200 million budget before marketing, “Lightyear” is looking more and more like a box office bust. This result is below the $24 million second weekend total for summer release “Cars 3” in 2017, and “Lightyear”‘s projected $89.1 million 10-day total is 10% behind the pace set by “Cars 3,” which failed to cross $400 million worldwide.