This week on TheWrap-Up podcast, TheWrap sits down with “Elvis” director, co-writer and producer Baz Luhrmann to discuss his epic biopic, while TheWrap’s founder and editor-in-chief Sharon Waxman talks about the week’s biggest headlines and stories with podcast guest co-host and TheWrap assistant managing editor for audience Adam Chitwood.

The interview with Baz Luhrmann touches on why he wanted to tell Elvis Presley’s story in the first place. “I took it on not to do a biopic but I always thought Elvis would be this great canvas to explore America, because he’s sort of at the center of everything in the 50s, 60s and 70s,” Luhrmann said.

The “Moulin Rouge!” filmmaker also revealed that the project started to coalesce when he learned more about Elvis’ manager Colonel Tom Parker, played in the film by Tom Hanks, and drew inspiration from “Amadeus” to make him a major part of the story.

“I learnt more about Colonel Tom Parker – never a Colonel, never a Tom, never a Parker – and I thought, ‘Oh this is like ‘Amadeus,’” Luhrmann said, comparing his approach to “Elvis” to the Oscar-winning 1984 film. “It isn’t really about Mozart. Even if you don’t care about Mozart, ‘Amadeus’ is a great film because it’s actually Salieri’s story. You ask, ‘Who’s Salieri?’ Exactly. That’s what it’s about. And I just thought that’s a way of subconsciously exploring America. The big sell, the big character, the big throw-dust-in-your-eyes, the big clown with a chainsaw over here and then this thing that America is great for which is all of these cultures and all of this chaos creating the new. Or invention.” 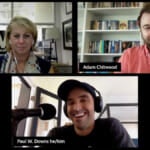 Ultimately, Luhrmann wanted to tell a story he could relate to, which is the push and pull between creativity and profit.

“I wanted to serve a big arc, and that story was about the sell and the creative spirit. That’s something I can relate to. Creativity versus making money.”

As for Butler’s performance as Elvis, Luhrmann described a “blending” of the two people that resulted in what audiences see on screen.

“Austin and Elvis lost their mothers at the same age, so that’s given them something of a spiritual connection,” Luhrmann said. “I think Austin blended himself with Elvis, he’s humanized him so much.”

Elsewhere in the episode, Waxman and Chitwood talked about Abigail Disney’s potential shareholder battle over CEO Bob Chapek’s $32.5 million salary, Paul Haggis being arrested on rape charges in Italy and Fox News settling for $15 million with a former host who raised concerns about the gender pay gap.

And finally, TheWrap’s Drew Taylor stopped by to talk about his reporting on how chaos remains despite Disney delaying the forced move of Imagineers to Florida. 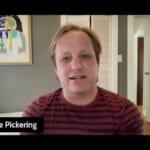