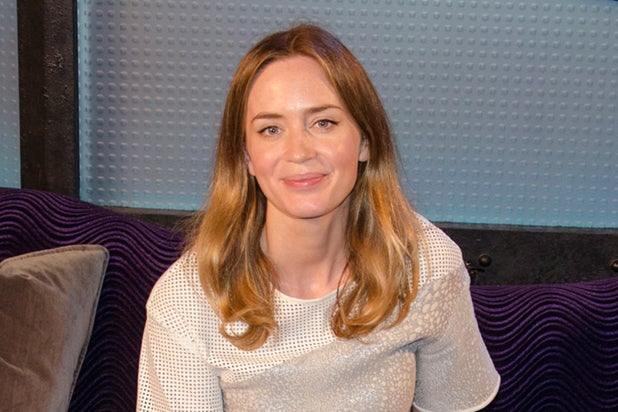 As has been rumored since the project was first announced last fall, Emily Blunt is in talks to star in an untitled “Mary Poppins” sequel for Disney, multiple individuals familiar with the project have told TheWrap.

Blunt has been the clear-cut choice for the title role since she worked with director Rob Marshall and producers Marc Platt and John DeLuca on “Into the Woods,” as has been reported by several prominent blogs.

Her involvement has not really progressed since the fall, and Blunt is now pregnant with her second child, making it hard for her to commit to the project, which does not have an official start date yet.

Drawing from the wealth of material in P.L. Travers’ additional seven novels, the new live-action musical will be set in Depression-era London some 20 years after the original “Mary Poppins” film.

The sequel will revolve around a now-grown Michael Banks, who has children of his own. In tough times, big sister Jane returns and they are thrilled when their beloved Mary Poppins comes back to help.

Disney and Marshall are working with the Travers estate, and “Mary Poppins” composer Richard Sherman is aware and supportive of the project, which boasts a screenplay by David Magee. Marc Shaiman and Scott Wittman will be composing original songs and an all-new score.

Blunt recently starred in “Sicario” and is currently filming “The Girl on the Train.” She next stars in “The Huntsman: Winter’s War.” She’s represented by CAA.