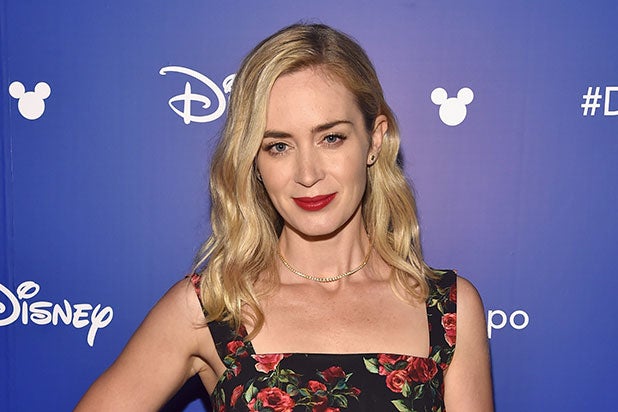 Emily Blunt will star opposite Dwayne Johnson in Disney’s “Jungle Cruise,” an individual with knowledge of the project told TheWrap.

Jaume Collet-Serra is directing the film based on the Disney World ride, which takes guests on a tour of the rivers, filled with animals and reptiles of the world. Michael Green (“Logan”) wrote the most recent draft of the script, rewriting the screenplay by J.D. Payne and Patrick McKay.

John Davis and John Fox are producing for Davis Entertainment, while Beau Flynn is producing via his FlynnPictureCo. Banner. Johnson, Dany Garcia and Hiram Garcia are producing through their Seven Bucks Productions banner, while Scott Sheldon is co-producing.

Blunt recently collaborated with Disney on “Into the Woods” and will next star in the studio’s “Mary Poppins Returns,” where she will star as the titular character alongside Lin-Manuel Miranda. That film is set for release this Christmas.

“Jungle Cruise” had been docked up to 2015, as there wasn’t much movement on the project since the “Toy Story” duo of Tom Hanks and Tim Allen became attached in early 2011. That iteration of “Jungle Cruise” was set in modern times, though The Rock’s version is expected to be a period picture.

Blunt will next star in the horror film “A Quiet Place” opposite her husband John Krasinski, who also directed the film. She’s also currently filming “Sherlock Gnomes.”

Blunt is represented by ID Public Relations, CAA and The Artists Partnership.